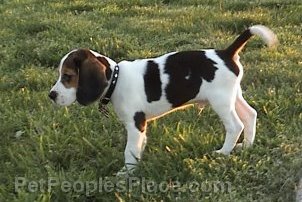 The American Kennel Club (AKC) has just released its registration data for 2005. The statistics show the nation's top 20 dog breeds are relatively unchanged from 2004. The regal Poodle regained its crown by dethroning the feisty Dachshund as the most popular dog breed in Manhattan, while the Labrador Retriever, the nation's number one breed, was left as runner up in New York City for a second year.?

Across the country, there were more than 3 times as many Labrador Retrievers registered as Golden Retrievers (Number 2) at 137,867. Not a great deal separates the remainder of the top 10 – Yorkshire Terriers, German Shepherds, Beagles, Dachshunds, Boxers, Poodles, Shih Tzus and Miniature Schnauzers.

The Chihuahua dropped out of the top 10 between 2004 and 2005 to become number 11, with the Miniature Schnauzer taking its place. In nearly all major cities, the Labrador Retriever and Golden Retriever were numbers 1 and 2, but in Philadelphia and Baltimore the Boxer reached number 2 and 3 respectively. Of the 920,000 dogs registered, the English Foxhound was the least common (Just 22 dogs), while in Las Vegas the Bulldog reached number 6.?

In Los Angeles the Maltese Terrier reached the top 10, and in New Orleans both the Cocker Spaniel and Beagle were top 10 dogs. Meanwhile in San Francisco the humble West Highland White Terrier (AKA the "Westie") reached a high of number 9. Pugs were also very common in the top 10 dogs across the major east coast cities.

The Benefits of an Older Dog