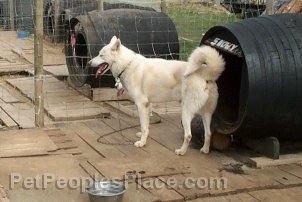 Devon Anderson, who has never seen snow before, took part in last weekend’s Aviemore Sled Dog Rally in Northern Scotland. The 42-year-old and his four-dog team of Siberian huskies competed against 220 other teams and more than 1,000 dogs, and managed to finish 27th out of 40 competitors, with a time of 45 minutes, 51 seconds.

Mr Anderson, who works for Jamaican tour company Chukka Caribbean Adventures, said he was excited about picking up the reins for his first race on the four-mile track at Loch Morlich. The Caribbean is too hot for huskies so Mr Anderson trained a team of mongrels rescued from Kingston’s dog pound.

Mr Anderson works for a Jamaican tour company and the idea for the team came from Danny Melville, founder of the firm, while he was attending a sled event in Canada last year. Mr Anderson was trained to run his Jamaican dog sled team by Alan Stewart of the Cairngorm Sleddog Adventure Company.

The event spokeswoman said: "The course was mainly a forest track which went across country, so he has done really well considering he has never taken part in anything like this before."

Mr Anderson also runs Jamaica’s first dog sled team, which hopes to compete in the dog sled world championships and eventually the Winter Olympics in 2010. This would be reminiscent of the success of the Jamaican bobsleigh team which took part in the 1988 Games in Calgary and provided the inspiration for the 1993 film Cool Runnings.

The Pros and Cons of Inbreeding in Cats

Jun 29, 2017 admin Comments Off on The Pros and Cons of Inbreeding in Cats 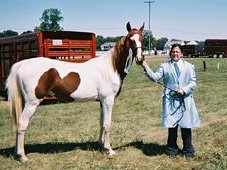 Jun 29, 2017 admin Comments Off on Evaluating a Horse’s Vocabulary

Jun 29, 2017 admin Comments Off on Advances in Feline Dental Care