Robin replied, "It’s me who has a question – or has raising a hand changed since I’ve last been to school?" It hadn’t. So off she went to the ladies room.

Our dogs don’t raise their paws when they have to go out. Krista Cantrell, a dog trainer based in Cave Creek, Arizona, has an even better idea: Teach your pup to ring a bell when it’s time to do her business.

Cantrell says begin by choosing an appropriate size bell. A cowbell is too big for a Chihuahua, and a tinker bell is too small for a Great Dane. You’ll eventually hang the bell from a door, so think about that in advance. Sadly, one of her clients hung a decorative brass bell at the door – only inches from a glass panel. The dog rang the bell as she was trained to do, it hit the glass, which shattered, and freaked out the dog. The client then called Cantrell with a frightened dog and expensive bill to replace the glass. Luckily, the dog didn’t cut herself on the glass.

"Begin by letting your dog out as you always do," explains Cantrell, author of Housetrain Your Dog Now (Plume Books). "Attach the bell to a string, and hold it up so the dog bumps into it as you take the dog out or as you let the dog out, and make sure you jingle the bell."

You do this first so your dog begins to connect going out with the sound of the bell. Cantrell says the next step is to place a smudge of peanut butter on the bell. Again, hold the bell so you can make sure it will ring. Block the door by holding the bell at your dog’s nose level, so the only way the dog can get around you is to realize the peanut butter is on the bell. Of course, your dog will lick the peanut butter and likely ring the bell. When that happens, exaggerate the ring – so it clearly rings and rings – and with enthusiasm tell her "good dog, OK, go out!" You ring as she leaves the house to further reinforce the sound of the bell associated with the dog going out.

Once you think your dog is beginning to connect the bell with the process of going out, hang the bell at the doorknob (it should hang at your dog’s nose level). Continue using peanut butter, and taking your dog to the bell when you know poochie has gotta go, such as first thing in the morning. You can stop the training when your dog initiates the bell ringing as if to say, "I’ve gotta go out." By golly, your dog understands.

Some dogs understand more than we want and totally train their people, as Cantrell’s own Golden Retriever, Logan, did. She trained Logan to ring the bell as a puppy. All was going well for several months. But then Cantrell noticed, "Logan seems to need to go out an awful lot." Eventually, she figured out that Logan was also ringing the bell when he wanted to go out to play.

Cantrell fixed the problem by accompanying Logan outside and putting him on a leash. When he did go potty, it was back to Puppy 101- he promptly received praise and a reward. If he didn’t do his business, Cantrell says she’d act disgusted (well, it wasn’t always an act) and bring Logan back inside. Eventually, Logan decided his person was much more fun if she wasn’t displeased.

Cantrell says ringing a bell clarifies for you and for your dog exactly when it’s time to go out to do business. It’s an especially helpful technique for dogs that live in a residence without doggy doors, and for senior dogs, who may need to go out at unexpected times because their bladders just aren’t what they used to be. 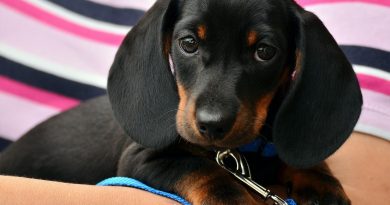