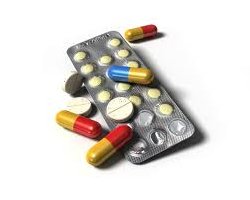 The Pet Poison Helpline has revealed the five most common causes of calls regarding potential cat poisoning.

While there are over 10 million more cats than dogs in the United States, dogs are far more likely to be involved in accidents or ingest inappropriate objects. However, approximately 9% of calls to the Pet Poison Helpline were regarding potentially poisoned cats. The helpline has revealed the most common causes of these incidents in 2010, in the hope that cat owners will become more aware of the dangers lurking in their home.

The most common cause of cat poisonings in 2010, accounting for almost 40% of cases, involved cats that improperly ingested human or veterinary drugs. Cats are far less able to metabolize certain drugs than humans and dogs, and common drugs such as non-steroidal anti-inflammatories (NSAIDS) are some of the most deadly to cats. Other drugs causing poisoning included acetaminophen and antidepressants such as Effexor. The Pet Poison Helpline stresses that with any accidental medication ingestion, immediate veterinary care is imperative.

About 14% of calls regarding cat poisonings related to ingestion of poisonous plants. True lilies (Lilium and Hemerocallis spp.), including the Tiger, Day, Asiatic, Easter and Japanese Show lilies, are among the most deadly and cause kidney failure in cats. Because these flowers are fragrant, inexpensive and long-lasting, florists often include them in arrangements. Small ingestions of two or three petals or leaves – even the pollen – can result in severe, potentially irreversible kidney failure. Other plants such as the Peace, Peruvian and Calla lily are not true lilies and do not cause kidney failure. Instead, these plants contain insoluble oxalate crystals that can cause minor symptoms, such as irritation in the mouth, tongue, pharynx and esophagus.

The third most common cause of calls regarding cat poisonings involved insecticides. Cats exposed to household/garden insecticides and cats inappropriately treated with a topical flea and tick medication meant for dogs accounted for 9% of all calls. Dog-specific insecticides containing pyrethrins or pyrethroids are highly toxic to cats. Poisoning occurs when pet owners apply such products directly to cats or cats lick these medications off dogs that live with them. Severe drooling, tremors and life-threatening seizures can occur.

Exposure to household cleaners was the fourth most common cause of calls regarding cat poisoning. Some common kitchen cleaners, bathroom cleaners and carpet cleaners can be toxic to cats, with symptoms ranging from profuse drooling, difficulty breathing, vomiting, and even organ damage. The help line urges cat owners to check that all excess liquid or residue is wiped up or eliminated after cleaning your home.

The fifth most common cause of calls related to cat poisonings are ingestion of miscellaneous objects such as glow-sticks, and liquid potpourri. The Pet Poison Helpline urges pet owners to contact their veterinarian or to call their help line in any case where their cat is behaving abnormally or is showing signs of illness, especially where you suspect your cat has come in contact with or eaten anything unusual. 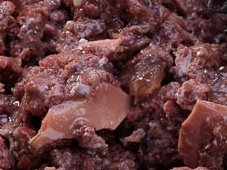 Jun 29, 2017 admin Comments Off on Whet Your Dog’s Appetite With Wet Food