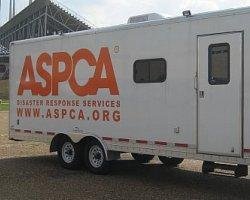 More than 100 dogs have been removed from a property in Springfield, Missouri, just months before landmark legislation aimed at improving Missouri's large-scale commercial dog kennels.

On Tuesday 21st September, the ASPCA® (The American Society for the Prevention of Cruelty to Animals®) and Humane Society of Missouri (HSMO) removed more than 100 Dachshunds, Maltese Terriers, Shih Tzus, Lhasa Apsos, Huskies and Boxers from a breeding kennel in Springfield. The dogs were voluntarily relinquished to Half-way Home Pet Rescue in Cedar County after the owner could no longer afford to feed them. Half-way Home Pet Rescue contacted the ASPCA, who responded with an 8-strong team and it’s 60-foot-long animal transport trailer. As part of the emergency relief efforts, PetSmart Charities® provided the ASPCA with pet transport carriers and crates. The rescued dogs are now being transferred to the Humane Society of Southwest Missouri in Springfield and HSMO in St. Louis, where they will be medically treated and cared for until they are ready to be put up for adoption.

"The ASPCA is committed to assisting local animal organizations, as well as overwhelmed breeders, to help find homes for animals in situations like this," said Tim Rickey, the ASPCA’s Senior Director of Field Investigation and Response. "Having too many dogs, as this crisis clearly illustrates, puts a tremendous strain on local agencies when they are suddenly forced to care and find homes for large numbers of animals."

According to the ASPCA, the state of Missouri exports more than 40% of all dogs sold in pet stores in the United States, and is home to more than 3000 commercial dog breeding facilities. In November, the Puppy Mill Cruelty Prevention Act, also known as "Prop B", will appear on the state’s November ballot. Prop B aims to improve the lives of dogs by requiring that large-scale breeding facilities limit the number of breeding females to 50 and provide each dog with their basic needs – such as food and water, adequate housing and space, and access to regular exercise and veterinary care. The act is supported by more than 100 Missouri veterinarians, veterinary clinics and animal welfare organizations, including the Humane Society of Missouri, the Missouri Alliance for Animal Legislation, Central Missouri Humane Society, Humane Society of Southwest Missouri, Wayside Waifs, The Humane Society of the United States, and Best Friends Animal Society.

"When breeders no longer have a need for their animals, the problem lands squarely on the shoulders of local shelters," said Half-way Home’s Latisha Duffy. "We’re grateful to national and local animal welfare groups for stepping up to the plate and working together for the common goal of saving lives. Instead of being sold off to auction, these dogs now have a second chance at life." 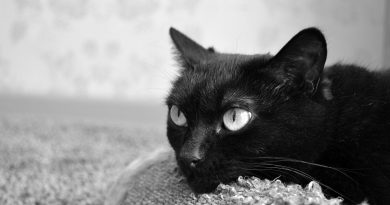 How to Get Your Cat to Stop Scratching the Furniture

Feb 25, 2020 KristaLB Comments Off on How to Get Your Cat to Stop Scratching the Furniture