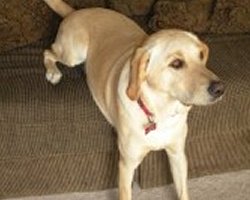 A Labrador Retriever has won the title of "Most Unusual Claim" for April after eating the remains of an exterminated bee-hive.

The Coe family of Santee, California, thought they had seen the last of the bees buzzing around their home after exterminators sprayed a hive in their yard. That is until later that night when Sandra noticed the family’s 1-year-old Labrador retriever wasn’t acting like herself. Unbeknownst to the Coes, Ellie had discovered and eaten the beehive after the exterminators had left. Frightened by the volume of dead bees Ellie was vomiting, Sandra decided the dog needed to go to the veterinary hospital.

The emergency veterinarian on duty examined Ellie and determined she had most likely only ingested dead bees and hadn’t been stung. Additionally, Poison Control indicated the pesticide did not pose a significant risk of toxicity. After a dose of anti-nausea medication and a few hours of observation, Ellie was on her way back home. And for the next week, the Coes administered over-the-counter antacid tablets and put Ellie on a diet of plain white rice and chicken. "She acted just fine that week, really, but every time she went to the bathroom, she pooped bees. Thousands of bees. I don’t know where they all came from – the hive wasn’t that large," joked Robert Coe.

Ellie’s insurance claim was one of 80,000 insurance claims received by the nation’s largest pet insurer, Veterinary Pet Insurance Co. (VPI), in April. The claim was considered along with other uncommon medical claims submitted in April and selected by VPI as the most unusual of the bunch. As the most unusual claim submitted in April, the claim will be placed in the running for the 2010 VPI Hambone Award (named in honor of a VPI-insured dog that got stuck in a refrigerator and ate an entire Thanksgiving ham while waiting for someone to find him).

Other honorable mentions in April included two dogs that ate light bulbs, a bulldog that ran into and dented a car, a dachshund that swallowed a hearing aid, a bull mastiff that was attacked by a woodchuck, and a skateboarding golden retriever that skinned its front paws. All pets considered for the award made full recoveries and received insurance reimbursements for eligible expenses. 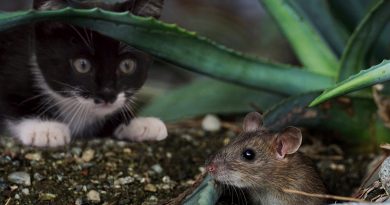 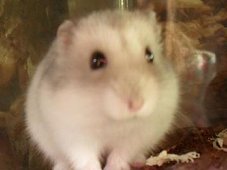