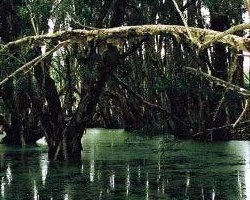 The U.S. Fish and Wildlife Service has published a proposed rule in the Federal Register to designate the Burmese python and eight other large constrictor snakes as "injurious wildlife" under the Lacey Act.

Under the Lacey Act, the Department of the Interior is authorized to regulate the importation and interstate transport of wildlife species determined to be injurious to humans, the interests of agriculture, horticulture or forestry, and the welfare and survival of wildlife resources of the United States. If finalized, the designation of these snake species as "injurious wildlife" will prohibit the importation and interstate transportation of these species. In addition to the proposed rule, a draft economic analysis and environmental assessment are available for public review and comment for 60 days.

"We greatly value the public’s input and encourage engagement into this rulemaking process. The control of invasive species, including pythons and other large constrictor snakes, is a key step in our larger effort to restore the Everglades and protect other vulnerable areas of the country," said Acting Service Director Rowan Gould.

On January 20th, 2010, Secretary of the Interior Ken Salazar announced the Service would propose to designate these large constrictor snakes as injurious species. Salazar made the announcement at the Port of New York, which serves as the largest point of entry in the nation for imports of wildlife and wildlife products. The U.S. Fish and Wildlife Service and National Park Service jointly funded a U.S. Geological Survey assessment, which highlighted the ecological risks associated with the establishment of the nine large constrictor species. All were shown to pose a high or medium risk to the health of ecosystems in the United States.

The Burmese python (Indian python) is currently established across thousands of square miles in south Florida, and a population of boa constrictors is established south of Miami. In addition, evidence strongly suggests that a population of northern African pythons is reproducing on the western edges of Miami. The other species being considered in the proposed rule are the reticulated python, southern African python, yellow anaconda, DeSchauensee’s anaconda, green anaconda, and Beni anaconda. None of the nine species of snakes is native to the United States.

Traveling By Air With Dogs

Jun 29, 2017 admin Comments Off on Traveling By Air With Dogs

Feline Old Age Through to Bereavement – Euthanasia and Getting Another Cat

Jun 29, 2017 admin Comments Off on Feline Old Age Through to Bereavement – Euthanasia and Getting Another Cat

Give Your Dog Gingko