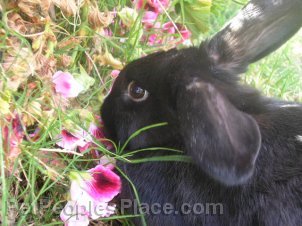 The killing of more than 40 pet rabbits in several German communities has baffled officials and horrified pet owners.

Almost weekly, new reports are made of rabbit owners finding their pets decapitated and their bodies drained of blood in and around the city of Dortmund. Sometimes the carcasses are left and sometimes the pet vanishes. It is almost a year since the reports started being made, and police believe that the acts are all being committed by either one person or a small organized group.

Police have issued a statement saying they are not eliminating the possibility of the attacks being a satanic ritual. Local animal rights groups have posted a $3,860 reward for information leading to the capture of the killers.

Jun 29, 2017 admin Comments Off on Disabled Cats: Caring for a Blind-Deaf Cat