The New York times reports that the late real estate tycoon Leona Helmsley wanted her $8bn fortune spent on the care and welfare of dogs.

Helmsley’s request was apparently included in a so-called mission statement for her estate after she died last August. The mission statement was not formally incorporated into Helmsley’s will or trust documents, and the estate trustees may use their discretion in distributing the money. This means that money could be distributed to any aspect of the care and welfare of dogs, from rescue homes, breed societies or veterinary research into disease. Money could also be used for rescuing dogs in disaster zones or improving the welfare of dogs in other countries such as China.

"Wisely spent, Leona Helmsley’s fortune has the potential to end the needless euthanasia of millions of healthy and treatable animals in the United States, to halt the scourge of puppy mills, to end the mistreatment of dogs in the greyhound racing industry, and to help promote the healing bond between people and dogs," said Wayne Pacelle, president and CEO of The Humane Society of the United States. "If also put to use internationally, it can address these problems on a global scale, including the public health problems associated with free-roaming and unsocialized dog populations."

And this is not the first time Helmsley’s will has raised eyebrows – she left a $12m (?6m) inheritance to her pet dog, Trouble, explicitly leaving out two of her grandchildren. But in April a Manhattan judge reduced the trust fund for the nine-year-old Maltese to $2m and the grandchildren received $6m each. 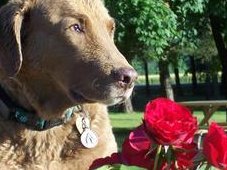 Food Allergies Can Dog Canines Too

Jun 29, 2017 admin Comments Off on Food Allergies Can Dog Canines Too