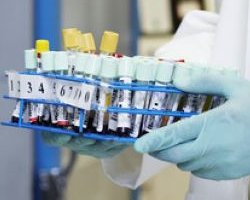 A second cat in Oregon has died after becoming infected with the H1N1 pandemic flu virus.

The cat’s owner presented the 8 year-old spayed female to an emergency veterinary clinic on November 24th, complaining that the cat was suffering from severe weakness and pain. The cat was described as "hypothermic and dehydrated", and had excessive nasal discharge. Further investigation showed that the cat had developed pneumonia. A nasal discharge sample was collected and tested positive for the 2009 H1N1 influenza virus by the Oregon State University Veterinary Diagnostic Laboratory. Despite supportive care and treatment with anti-viral drugs, the cat died on the same evening.

Further investigation by the Oregon state public health veterinarian confirmed that the owner had been suffering from H1N1 influenza virus, meaning that both cats who have died from this influenza virus have both contracted the virus from their owners. The news follows an announcement by France’s Director General of Health that a cat in France has tested positive after catching the virus from one of two infected children in the same household. In this case the cat recovered after approximately a week. In other developments, two cats from different households in Colorado have been confirmed as testing positive for H1N1 influenza. These cats are aged 10 and 11-years old, and the Colorado State University’s Veterinary Diagnostic Laboratory confirmed that the cats have fully recovered.

"Because this strain of H1N1 is new, information about how it impacts animals is limited. It is possible that any animal may be susceptible to H1N1, but no other cases have been documented in companion animals. To date, there are no reported cases of H1N1 in dogs in the United States. Pet birds have been susceptible to other strains of the flu, but no cases of H1N1 in these animals have been reported," said Kristy Pabilonia, a veterinarian and expert on H1N1 testing in animals at Colorado State University.