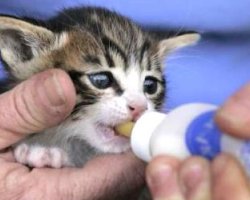 The Rhode Island senate is considering a bill that would require all cats being sold or adopted to be sterilized first.

Senators DeVall, Crowley, and Tassoni introduced SB 2249 "Relating to Animals and Animal Husnabdry – Sale or Adoption of Spayed or Neutered Cats" on February 11th 2010 and the legislation has been set for hearing today  by the Senate Committee on Constitutional and Regulatory Issues with a single day’s notice. The bill prohibits the transfer of any cat, whether for compensation or not, unless the animal is first sterilized. Unless the animal "is being specifically offered for breeding purposes", violators will be subject to a $300 fine.

The bill has been criticized by the Pet Industry Joint Advisory Council (PIJAC), who point out that the bill does not merely target shelter animals, or even pet store animals, it covers every person in the state. A 10-year old who gives away a litter of kittens borne by the family pet feline, for example, could be subject to multiple fines of $300 a piece for each kitten in the litter. They also question how authorities will determine whether or not an animal is being offered for breeding purposes. If anyone can claim that the cat is being sold or adopted for breeding purposes, without follow-up investigation, then the bill would be entirely ineffectual.

"PIJAC supports the spay and neuter of dogs and cats as a general rule, recognizing however that there are various circumstances under which it is inappropriate. The intention to breed an animal would be one reason not to sterilize it; health implications may be another. This is why PIJAC believes such a decision should be made on a case-by-case basis between the pet owner and his or her veterinarian. The state should not substitute a blanket mandate for the professional judgment of licensed veterinarians," said a spokesperson for PIJAC in a press statement.

Jun 29, 2017 admin Comments Off on Vaccinations for Cats