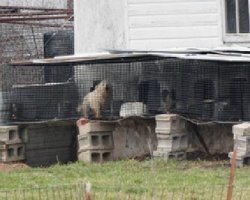 Missouri has passed the historic Puppy Mill Cruelty Prevention Act on the state ballot, in a move welcomed by animal welfare charities.

Nearly 1 million Missouri voters voted to approve the Puppy Mill Cruelty Prevention Act, also known as Proposition B, a statewide ballot initiative to establish basic standards for the care of dogs in large-scale commercial breeding facilities. An estimated 3,000 puppy mills operate in Missouri, with more than one million puppies for the pet trade being produced every year in Missouri.

Given these numbers, it is not surprising that on an almost weekly basis the American Society for the Prevention of Cruelty to Animals (ASPCA) and other charities rescue dozens of dogs from properties in Missouri. And a recent Better Business Bureau report entitled "The Puppy Industry in Missouri: A Study of Buyers, Sellers, Breeders and Enforcement of the Law", stated that Missouri is "so overwhelmed by the number of puppy sellers that it can’t regulate the puppy industry properly". Proposition B will improve the lives of dogs by requiring large-scale breeding operations to provide each dog under their care with such basics as sufficient food and clean water, necessary veterinary care, adequate housing, and adequate space and exercise.

The Missourians for the Protection of Dogs had been running a campaign to back Proposition B, and over 6,000 citizens, 162 businesses, 109 animal welfare charities and 150 veterinary clinics signed the petition. "We are grateful to the citizens of Missouri for voting to crack down on puppy mill abuses and to establish common-sense standards for the care of dogs," said Barbara Schmitz, campaign director. "Finally these animals will have relief from being crammed into small and filthy cages, without veterinary care, exercise, or human affection. If we can do it here in the nation’s largest puppy mill state, we are more likely to carry the day with reforms enacted in other states, where this cruel industry is not nearly as strong and entrenched."

The act’s passage was also warmly welcomed by the ASPCA’s President, Ed Sayres, who called the passage a "landmark achievement in the ongoing fight against animal cruelty". Sayres added that he hoped that other states would follow Missouri’s lead, and that Missourians had set "an admirable precedent for reform".

Photograph courtesy The Missourians for the Protection of Dogs 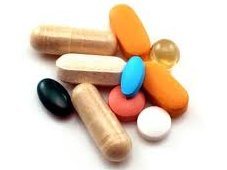 Top 10 Human Medications That Are Poisonous to Dogs

Jun 29, 2017 admin Comments Off on Top 10 Human Medications That Are Poisonous to Dogs

The Training Tree: Putting It All Together (Part 12)