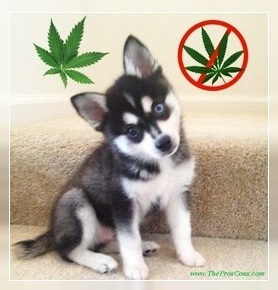 What is marijuana?
Marijuana, also known as pot or Mary Jane, is a recreational and medicinal herb that is either smoked or ingested. The component or ‘active ingredient’ in marijuana that is responsible for the ‘high’ that it gives humans is called delta-9-THC. It is this compound that binds to receptors in the brain in both dogs and humans. It is also this compound which causes toxicity in pets.

How are pets exposed?
The most common way that pets are exposed to marijuana is through smoke. People who get high on a regular basis in a particular location, like a bedroom, will accumulate quite a bit of THC in the air, the walls, carpeting and bedding. Some people blow the pot smoke in their pet’s faces, trying to get them high. Please do not try this at home, as this cruel party trick is extremely dangerous!
Pets, especially dogs, may ingest a pot stash, roaches, pot butter or baked goods containing marijuana. There is also a delta-9-THC tablet called Marinol which is approved by the FDA. Baked goods, such as brownies, pose a double risk to dogs as chocolate is also toxic.  Hash oils are super potent and can kill dogs and cats very quickly.

What are the signs of marijuana toxicity?
Pets that have been exposed to marijuana often exhibit what is called ‘CNS depression’ and can show a variety of signs. The most common include staggering, lethargy, or severe hyperactivity. They will often vocalize, pace and have changes to the pupils of their eyes. Some animals will yo-yo back and forth between seeming very sleepy, almost nodding off and then will bounce back into an active frenzy. They often lose control of their bladders and may dribble urine as they walk. The most dangerous part of this toxicity is that your pet’s heart rate can drop to dangerously low levels and they can also experience a severe drop in body temperature (hypothermia), putting vital organs at risk of failure. Seizures and coma can also occur.

What should you do?
If you suspect that your pet has gotten into the pot, contact your veterinarian immediately. Even if marijuana is illegal in your state or province, BE HONEST with your veterinarian. The more information that they have, the faster he or she can help your pet. Being honest will also prevent your veterinarian from running a bunch of unnecessary diagnostics trying to figure out what’s wrong, saving you money. With quick action and good supportive care at your veterinary hospital, most pets make full recoveries.

As with all legal or illegal drugs, be responsible and keep it out of your pet’s reach. Cats are very good at jumping and climbing, so be sure if you keep your marijuana in a high place that it is secured behind a heavy door or in a locked box. If you enjoy marijuana butter or baked goods, keep them securely in the refrigerator or in a high, closed cabinet.  Your beloved pet and your veterinarian will thank you! 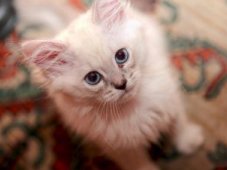 Jun 29, 2017 admin Comments Off on Your Cat’s Unique Nutritional Needs 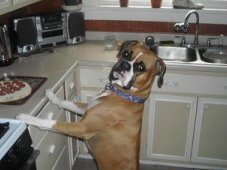 Jun 29, 2017 admin Comments Off on Selling a Pet Friendly Home

Create an Action Plan for Finding Your Lost Dog

Jun 29, 2017 admin Comments Off on Create an Action Plan for Finding Your Lost Dog