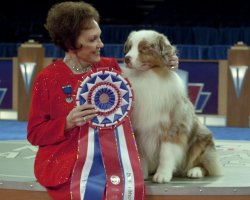 An Australian Shepherd has scooped $50,000 in prize money after winning Best in Show at the 2010 AKC/Eukanuba National Championship.

"We’re pleased to award Reckon with The Eukanuba Celebration of Champions trophy, which features a likeness of all AKC/Eukanuba National Champions, plus a check for $50,000 and a year’s supply of Eukanuba dog food," said Dan Rajczak, Senior Vice President, Global P&G Pet Care and Snacks.

Of the 167 AKC-registered breeds that were entered to compete, the breeds with the largest number of representatives were the French Bulldogs, Samoyeds, Border Collies, Siberian Huskies, Australian Shepherds, Basset Hounds and Golden Retrievers, each with over 30 dogs taking part. The two-day event was held in conjunction with the AKC Agility Invitational and the AKC Obedience Invitational, the Junior Showmanship competition, and the Eukanuba World Challenge. Combined, these events hosted 3,233 competing dogs.

"We are proud to have Reckon join the family of Best in Show winners at the AKC/Eukanuba National Championship. We had a record-breaking entry this year of highly competitive canine athletes in conformation, agility, obedience and the Eukanuba World Challenge. Congratulations to all the winners," said Show Chairman Ron Menaker. 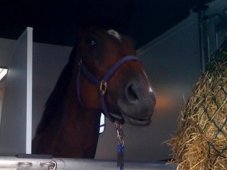