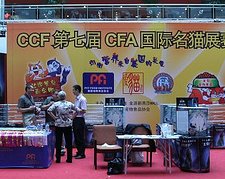 A Russian Blue cat from Greensboro, North Carolina, won the hearts of the judges and thousands of New Yorkers at the 6th annual CFA-Iams Cat Championship.

Platina Luna Blade Runner, also known as Runner, was the Championship Winner from hundreds of competing cats and first runner-up was Deydream High Hopes, a Manx Grand Premier from Easthampton, New Jersey. Second runner-up Tigerboy Keymaster of Wishes, a 6-month-old Exotic kitten from Hong Kong. The CFA-Iams Cat Championship is sponsored by the Cat Fanciers’ Association, the world’s largest registry of pedigreed cats, and places the spotlight on cats representing the 41 pedigreed breeds recognized by the CFA. Among the breeds that were represented at the show were Japanese Bobtail, American Curl, Maine Coon, Ragdoll, Cornish Rex, Sphynx, Siamese, and Persians.

Other highlights of the show include "Adopt-A-Cat at the Garden", in which The Mayor’s Alliance of NYC Animals hosted 19 shelter and rescue organizations with dozens of cats and kittens seeking their new homes; "Cat Lovers Take the Stage" – where Hollywood’s finest felines, stars of TV hit shows, and commercials, performed on-stage; And the "Breed Showcase", where Joan Miller, one of the leading authorities on cats, showcased a presentation of the CFA breeds. 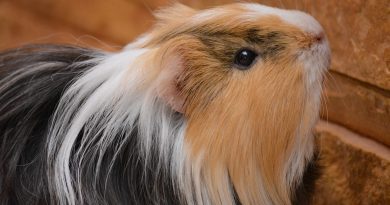 6 Reasons to Consider Getting a Pet Guinea Pig

Nov 17, 2018 KristaLB Comments Off on 6 Reasons to Consider Getting a Pet Guinea Pig 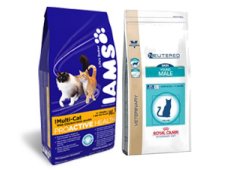