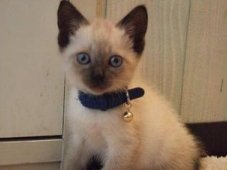 According to The Humane Society of the United States, there are five stages of kittenhood. As I listenened to Andy’s steady breath while he slept that first night, I vowed to see him through all five.

The Neonatal Period: Birth to 2 Weeks
During a kitten’s first two weeks of life, its eyes and ears slowly open. Being with its mother is critical at this time because antibodies found in mother’s milk help to build immunity. What’s more, "if a kitten is raised without the ability to be comforted by a mom, it can begin life as a dysfunctional animal," says Dr. Nicholas Dodman, author of The Cat Who Cried for Help (Bantam Books 1997). Uncertain of how much contact Andy had with his mom, I wondered whether his nestling in my hands was enough to ensure his well-being.

The Socialization Period: 2 to 7 Weeks
Between the second and seventh week, kittens develop their senses fully and learn to run, stalk, pounce and avoid obstacles. To my relief, Andy began to do all these things, remaining healthy after a week of sleeping and bottle-feeding. His first feat was learning to jump from my bed into his own. Soon, the brave kitten preyed – with boundless energy – on the toys I made for him. It was entertaining to watch Andy blossom during this period, which Dr. Dodman calls "the starting point of their lives…where they learn everything before fear develops."

Most Active Play Period: 7 to 14 Weeks
After nearly two months, a kitten usually starts to scoop, paw and mouth. Andy seemed to turn into an acrobat overnight, often running as fast as he could before springing himself onto my bed. "Having gone through ‘acclimation,’ kittens continue using that talent [skills they learned in the socialization period]," says Dr. Dodman.

Ranking Period: 3 to 6 Months
"In this period, kittens are still continuing to learn…when to run away and when to fight," says Dr. Dodman. Andy learned the hard way how "ranking," or basic dominance and submission, works. As my two older felines ate side-by-side one night, he slowly crept up behind them. His small nose suddenly sniffing in their food bowls surprised them and caused Freddy, the oldest, to strike Andy on the head. Andy slumped back with his belly up and lay still on the floor, meaning no harm, while Freddy retreated into her favorite room. From then on, Andy stayed by himself more often.

Adolescence Period: 6 to 18 Months
During adolescence, kitten play and exploration continues, but the onset of sexual maturity is the biggest change. It was right before this time that I handed my kitten over to new owners. There were many reasons that I couldn’t keep Andy, but his new human family was ecstatic. For an unneutered, orphaned cat, Andy was surprisingly well-adjusted.

The Secret to Good Behavior

Andy’s adjustment to his new life was not a surprise, as I had nurtured him well in the socialization stage of his life. "If you introduce almost anything during this period, whether it’s kind and gentle handling or even your dog or bird, kittens will soak in the information like a sponge," affirms Dr. Dodman. To ensure that your own kitten grows up to be intelligent and social, follow these five critical steps, especially during the tender socialization period:

With proper care and socialization, a cat’s less-than-promising fate doesn’t have to be written in stone. Raising Andy, for me, was proof of that: I was able to overturn the veterinarian’s prediction and help Andy breeze through his fifth stage of kittenhood. 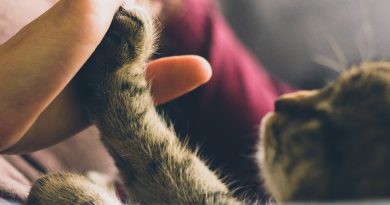