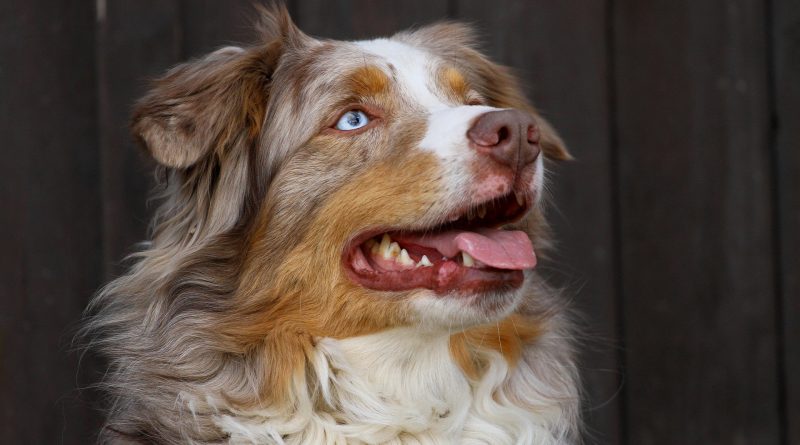 Australian shepherds are easy-going, active dogs that love to play and tend to get along well with other pets and children. They are great family pets, but they also make good competition dogs, police dogs, and herding animals. On average, adult female Australian Shepherds weigh between 40 – 55 pounds, while males weigh between 50 – 65 pounds.

Aussies are very energetic dogs that need at least 40 minutes of exercise every day. They have an average lifespan of 12 to 14 years. This breed does require a lot of companionship and social interaction, but they are considered to be very smart and eager to please.

Australian Shepherds, especially if they come from working lines, are extremely active and the need a job to keep them busy. If they are confined or left alone, they may become bored and destructive. They’re well suited to country living but will also do well with a large yard or with owners who want a dog who will walk or go hiking with them.

They do shed quite a bit, so prepared for regular brush outs. Their soft coats require brushing at least once a week and monthly baths to prevent excessive shedding and matting.

There are conflicting reports on the origins of the Australian Shepherd, depending on the source. According to some, they were developed in the US for work as herding dogs on ranches. They may have originated from Spanish herding dogs that watched over Merino sheep herds in colonial days. It’s possible that collies are also in their ancestry. They were named Australian Shepherds because they were associated with a breed of Basque shepherds that were brought to the US from Australia in the 1800s.

Australian Shepherds have been used as herding animals throughout their history, but they are also great as family pets. If you’re looking for a loyal, active dog, this could be the breed for you. 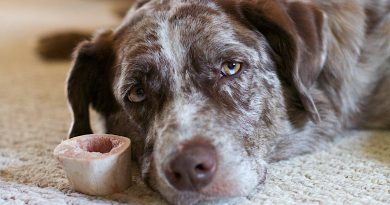 Give a Dog a Bone: How to safely feed bones to dogs

Apr 12, 2018 deborahs Comments Off on Give a Dog a Bone: How to safely feed bones to dogs