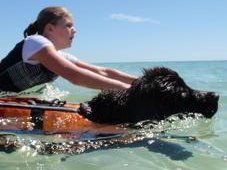 When introduced to the chomp-happy pooch, Dr. McConnell was surprised to learn that the canine’s name was Baby. "His owner was treating him like a baby," she says, explaining that the dog had a problematic sense of entitlement and needed a name change for a start.

In her latest book, A Tale of Two Species: Essays on Loving and Living With Dogs (Dogwise Publishing 2008), Dr. McConnell offers tips on strengthening the connection between you and your furry friend. She shared some of her best advice for loving and living with a dog.

Understand Your Common Experience
Dogs, humans and all mammals appear to share many basic feelings. "We share really primal emotions, like fear, anger and happiness, with dogs," says Dr. McConnell. It’s important to make the emotional connection. For example, when your dog rushes to greet you on your return from the outside world, recognize and share its excitement and joy. If a knock at the door sends Rover into a fearful frenzy, soothe him like you would want to be soothed when afraid.

Walk on All Fours
Trying to imagine a dog’s perspective beyond basic emotions can be difficult. So much of a dog’s world is defined by smell, while we use that sense much less. While we can’t make our olfactory sense more powerful, we can adjust our perspective in another way. "Get down at your dog’s eye level. It’s shocking how different the world looks," says Dr. McConnell.

Dr. McConnell also recommends using your nose a little more than usual. "When I was writing a chapter on smell, every time my dog would stop and sniff, I’d get down and sniff, too. You can smell a lot of things you didn’t know you could." Keep in mind that dogs and humans have different ideas about what odors are aversive. Your dog feels the same way about aftershave that you do about rotten fish.

Learn Body Language
A common training problem is that often people are unaware of how they’re moving their body when communicating with their dog. They’ll say "lie down" but will move their own body in the same motion as asking the dog to come. "We rely so heavily on verbal language, we’re not conscious of our body movements," adds Dr. McConnell.

A dog looks to body movements for cues on what its owner wants, she notes. It’s therefore important to be consistent and match your commands with the same movements.

Don’t Choose Domination
While dogs need consistency and order to feel safe and loved, they don’t need a marine drill sergeant for a caretaker. "There’s an old-fashioned concept that you have to establish dominance by eating first and things like that. However, if you look at the behavior of species with social hierarchies, like dogs, dominance is something designed to resolve conflicts without fighting because fighting is dangerous." She believes that getting your dog to come when you call has nothing to do with dominance.

As another example, instead of insisting that you walk through the door before your pooch does, think of enforcing rules necessary for your dog’s safety. Your dog should be able to stop on command or not to take people food from the table.

Put Yourself in Your Dog’s Place
Your dog is essentially living with an alien. It doesn’t speak your language. It tries to figure you out, but if you are inconsistent and unclear, your dog has no idea what you want. "Dogs I see who suffer the most are those who live their lives confused and exhausted," says Dr. McConnell. "It can break your heart."

Keep in mind that dogs need to understand their environments, just like we do. Maintain consistent expectations for your dog and communicate them clearly and in the same way each and every time. She concludes, "That’s the most important thing that people can do: to create a world that makes sense to their dogs."

Jun 29, 2017 admin Comments Off on The Art of Loose-Lead Training/Walking 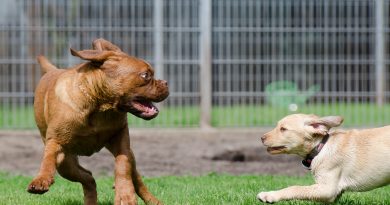