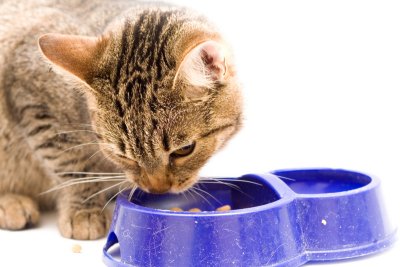 "I grew up with dogs," explains Franken, a nurse practitioner. "They followed me around all day waiting for treats, or even just crumbs from my dinner. When my girlfriend and I brought Dusty home, I was expecting the same." Unlike some dogs, Franken discovered, many cats can be more selective. "I was pretty surprised," he says.

Dusty’s behavior is not just a personality quirk. Below, Dr. Joseph Brand, a director of the Philadelphia-based research institute Monell Chemical Senses Center, explains cat food preferences and why physiology may be behind feline food fickleness.

What Cats Can Taste
Unlike dogs, which are pack animals whose early survival depended on scavenging and winning the canine competition for food, domestic cats evolved from small desert felines that hunted mice and birds. Because their natural prey was abundant and easy to catch, they never developed a need to "wolf" down their food, or even to eat whatever presented itself – hence, your furry friend’s ability to walk away from a half-full bowl.

The mammals cats ate early on helped to shape their ability to experience sour, bitter and salty flavors. Sugar, however, may never have materialized in the environment in which cats developed.

Feline Flavor Likes and Dislikes
While today’s cats hate the taste of bitter, which can indicate toxins in nature, they can’t even detect that of sugar. In the 1970s, curious about the apparent lack of a feline sweet tooth, researchers at Monell conducted an experiment and found that cats had no particular preference. "They had no taste for sweetness at all," explains Dr. Brand. "When we published our research, I got 250 e-mails in two days saying, ‘My cat likes ice cream,’ or, ‘My cat likes marshmallows.’" He explains, "Cats enjoy fat, protein, and novel textures. Eating those foods doesn’t mean they’re responding to the sweetness."

Your Cat’s Palate
Should all this knowledge influence the choices you make when feeding your cat? Not really, says Brand. "Cats especially like amino acids, but you can’t go out and buy histamine. The cat food industry does its best to recreate flavors associated with foods cats enjoy – tuna, say, and kidney. If your cat likes it, fantastic. But humans can’t translate their taste world into that of cats." He adds, "Our receptors are unique, and so are theirs."

That said, it can be helpful to keep in mind that your cat is tempted not only by taste, but also by scent, texture and temperature. When given a choice, cats will select foods with powerful aroma, high fat content, a variety of textures (e.g., commercial soft and hard food mixed together), and food that’s around the temperature of freshly slaughtered prey, or about 98°F. If your cat begins turning up its nose at your offerings, try feeding it something with a stronger odor and a mixture of shapes and textures – all heated on the stove or in the microwave until slightly warmed. 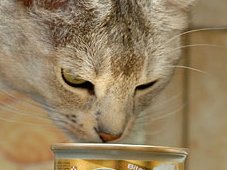 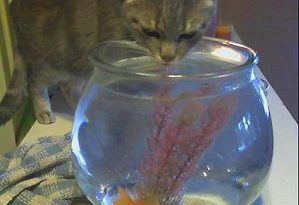 Your Cat’s Nutritional Requirements: The Basics

Jun 29, 2017 admin Comments Off on Your Cat’s Nutritional Requirements: The Basics