Exotic pets may include the more commonly seen exotics depending on the state/county you live in: reptiles, ferrets, various birds, pot-bellied pigs, sugar gliders and etc. Other exotics kept as pets may include various wild felines and canine, prairie dogs, skunks, exotic rodents, primates, various species of fish, other less common reptiles, insects, etc. But is having an exotic a good idea? For the average (and even the person who think he/she may be the above average) person, no, it is not.

The biggest restrictions to legally owning an exotic pet are local laws. Sadly, these are often the only restrictions people may (or not) follow. Each state and even communities within that state will have various laws regarding the owning of certain types of animals. These laws may include requiring special permits to own to the outright forbidding of owning certain animals. For example, in California presently, you cannot own gerbils. Yet here in Virginia, they are legal. Why? Well, there are concerns that should the rodents escape or be released that they may begin breeding. The climate of Southern California is similar to the desert habitat of gerbils.

Already there are breeding colonies of feral gerbils in California that could impact the environment and harm native species. In Florida you cannot bring in piranhas because the fish could survive and produce breeding colonies. And who can forget the recent snakehead fish worries in our region? However, Texas has very loose laws regarding what can or cannot be owned. Whether or not a species is restricted or legal to own, should an exotic be considered as a pet? Depending on the type, no.

Just because an animal is found in a local pet shop or dealer, does not mean it is a wise choice for a pet. Most exotics (even common exotics) have requirements that the average human is not capable of meeting. A very popular exotic pet is the Prairie Dog (now illegal in many areas due to a Monkey Pox outbreak). The average house is not prepared to provide a suitable environment for an animal that lives partly underground with an intricate network of tunnels and burrows.

Common sense should state that a Prairie Dog should not be owned as a pet. In general, the average house is not suited to the needs, environmentally, behaviorally, nutritionally and medically, for many exotic pets. Sadly, the "common sense" restrictions are often the least seriously considered. Many owners go by impulse or the need to be different without thinking the long-term and what is best for the animal through. Even if an exotic is legal in a community, there is some level of common sense we must have when considering owning ANY exotic pet.

Before bringing any animal into the house, you need to be are prepared for it: emotionally, physically and financially. Make sure that you can properly maintain the animal for anywhere from a few years to decades. Make sure that the animal is legal in your region and that you have a veterinarian at hand that is versed in the medical care of that species. Do not get an animal because it is unique or rare. Do not get an animal because it makes you look good.

Get an animal because you know you are capable of giving it what it needs based on the species. Best to leave many exotics to the wilds and the zoos. 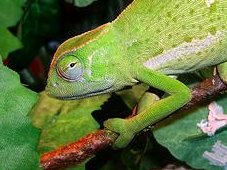