Common household fleas don’t usually transmit diseases to pets and people. The tiny insects are mainly just a nuisance – they generally cause a lot of itching and scratching. They may also cause some discomfort due to possible allergic flea bite dermatitis. Ticks, those other dreaded bloodsuckers, pose greater risk, annually giving pets and thousands of people illnesses such as Lyme disease.

Fleas lay up to 10-20 eggs per day and their population can therefore increase rapidly. Fleas are a transmitter of several diseases to your pet. These include tapeworm and a severe skin condition called Flea Bite Dermatitis, in which it is thought that pets become allergic to the saliva of the flea and that one bite can cause the severe hypersensitivity. Typical flea allergy in dogs causes a severe itching and hair loss at the base of your pet’s tail. In cats, this is manifested as bumps all over your pet.

The flea life cycle, has four stages: eggs, larvae, pupae, and adults. Female fleas lay as many as 50 eggs a day, starting a life cycle that can be completed in as little as three weeks, depending on temperature and humidity. The eggs hatch into larvae, which feed on "flea dirt," excrement of partially digested blood.

Larvae grow and molt twice, then spin cocoons, where they grow to pupae and then adults. The adult remains in the cocoon until vibrations indicate a host is nearby. This waiting can extend the life cycle. It also explains why large numbers of fleas often are seen when an empty building is reoccupied. Six-legged adults emerge and attach to a host to feed and breed, beginning the cycle all over again.

How to Recognize Flea Bites

Different animals have differing reactions to flea bites. Some pets are immune to the bites, are unattractive to fleas, or both. Others are highly sensitive and attractive to fleas. In a flea-infested household, one or two individuals may be aware of and show severe irritation from bites. Other members of the family may not realize that fleas are present. To eradicate fleas from your home, you need to thoroughly de-flea the environment. Flea bites can be diagnosed by their occurrence in clusters, particularly in areas behind the ear and under the legs.

Why Are Vet Bills So High? 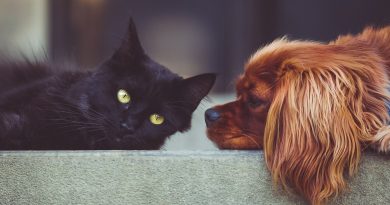 Jun 29, 2017 admin Comments Off on Counterfeit Flea and Tick Products