Does your dog pee on the corner of the couch? Or, perhaps on one specific spot on your rug? Urine marking is not the same thing as having pee accidents in the house, and it’s important to know which one you’re dealing with. Although urine marking is a perfectly normal behavior for dogs, it’s certainly not a desirable one by human standards. Here’s how to put a stop to your dog’s urine marking, so you can cohabitate peacefully.

The Difference Between Accidents and Urine Marking

When a dog urinates on the floor because he can’t hold it any longer, he completely empties his bladder. On the other hand, when a dog is urine marking, he releases just a small amount of urine. Basically, it’s his way of communicating his presence and other details to other dogs. Urine contains pheromones that reveal all sorts of information about the dog’s reproductive status, health, gender, and age.

Urine marking is more common for male dogs, but females do it as well. It usually begins when the dog reaches puberty at six months or so. As the dog starts to mature sexually, he uses urine marking to signal his sexual maturity and mark his territory. Dogs who are neutered before puberty are less likely to urine mare, or at least mark less frequently.

When Urine Marking is the Problem

When your pooch is out in the world, he stops, sniffs, and then leaves his own calling card behind. As long as he sticks to marking outdoors, it’s not a problem. However, marking inside your home is a different story. The first thing you need to determine is if the problem is an underlying housetraining issue or if it’s something more. Dogs who try to hide it when they urinate in the house often have a housetraining issue, and it may not be marking after all.

How to Put a Stop to Your Dog’s Urine Marking

First and foremost, you must be diligent. Watch your dog closely at all times so that you can intervene the second he shows signs of marking. Take him outside immediately to redirect his behavior. When you can’t be available to supervise, consider restricting your dog to a small space or crate to deter marking.

Stress can trigger urine marking. Dog’s do best when they have a consistent routine and know their boundaries. Teaching him basic obedience is essential. If he usually marks when you’re not home, he could be suffering from separation anxiety. Finding ways to reduce his anxiety when you’re not home will be vital in stopping his marking.

Standard household cleaners aren’t usually enough to completely remove urine smells. Instead, use an enzyme cleaner to make sure nothing is left behind.

And finally, if your dog is not neutered, please consider doing so. While it may not fix the issue if done later in life, it will likely reduce his urge to mark. If all else fails and you can’t break the habit, try a belly band to discourage urinating and protect your belongings. 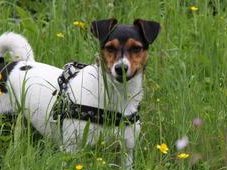 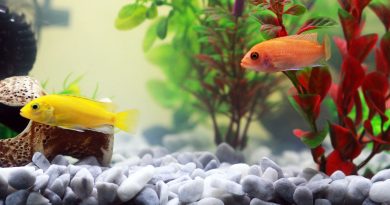