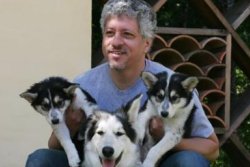 The California company which holds the sole worldwide license for the cloning of dogs and cats, has ceased offering the service after delivering to only five clients.

Encore Pet Services, a subsidiary of BioArts International, promised to produce a pair of later-born identical twins of the donor animal for $138,500, and guaranteed that the puppies will both be healthy, and that they will have a high degree of resemblance to the genetic donor. However, one week ago the company announced that it had completed delivery of healthy cloned dogs to all five clients from its "Best Friends Again" launch program, but would discontinue cloning dogs commercially.

CEO Lou Hawthorne cited the failure to prevent Seoul-based RNL Bio from offering cloning services in violation of international patents. BioArts criticized the legal actions of the patent holder, from which they license the sole world-wide rights, as "too little, too late". RNL Bio announced that it was taking dog cloning orders almost immediately after BioArts began offering the service. RNL Bio claimed that it would be able to offer dog cloning at a vastly reduced rate, resulting in confusion and hesitation to use BioArts’ services.

"RNL Bio can only slash the price of dog cloning by ignoring the safeguards we use to ensure the well-being of dogs involved in the cloning process," Hawthorne said. "RNL will not be able to afford an adoption program for surrogate mothers, nor care for unwanted dogs in perpetuity. Instead, for every dog RNL clones, a dozen or more will likely be slaughtered."

Hawthorne also admitted that despite producing and delivering numerous healthy cloned puppies, they had observed occasional "physical anomalies", which led the company to conclude that the technology is not yet wholly understood.