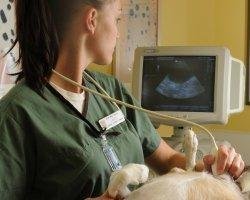 Results have been released of a new study into the reasons for the decline in companion animal veterinary visits over the past several years.

Just over half of veterinarians who responded to a recent survey conducted by the National Commission on Veterinary Economic Issues ( NCVEI) reported that patient visits for the first nine months of 2010 were down compared to the same period in 2009. But declines in veterinary visits have been documented as far back as 2001, while the population of dogs and cats in the U.S. has steadily increased year over year. The Bayer Veterinary Care Usage Study, a comprehensive investigation into reasons for the decline in companion animal veterinary visits over the past several years, was carried out by Bayer Animal Health, Brakke Consulting and the NCVEI. The study identified six root causes for the decline.

Economic considerations were found to be a contributing factor to visit decline in the industry. 53% of pet owners surveyed reported that the costs of a veterinary visit are usually much higher than they expected. Affluence also plays a role: as household incomes decline, so do veterinary visits. "Veterinarians must learn to manage pricing and communicate the value of regular care to avoid deterring pet owners from making annual visits a priority," said Ron Brakke, president and founder of Brakke Consulting.

But regardless of economic pressures, the study found that pet owners are simply misperceiving the importance of regular medical check-ups. Ian Spinks, president and general manager of Bayer Animal Health North America, said that the unintended consequence of this is that pets are not getting the care they need for healthy, long lives. And Karen Felsted, CEO of the NCVEI, points out that vaccinations are not the only reason for annual visits. "Veterinarians perform a full physical exam on the pet during which they look for problems with the eyes, ears, skin, internal organs and other body systems. Pets, like people, can develop health conditions that, if undetected, become costly-to-treat chronic illnesses. That’s why regular check-ups are important," she said. Alarmingly, pet owners who responded to the survey believed that older pets require less medical attention than younger animals, and that indoor pets need very little veterinary care because they are less exposed to environmental threat.

Among the most surprising findings of the survey was that one-third of cats owned by study respondents have not seen a veterinarian in the last year. This in part is attributed to "feline resistance," a catch-all term used by the study to define the hiding, aggression vocalization, and stressed/fearful behavior cats exhibit when crated and transported to unfamiliar surroundings. Another factor that can negatively affect pets and their health is the ready availability of information online. 15% of pet owners said that they rely less on their veterinarian because of the internet – 39% of pet owners surveyed look online before consulting a vet if a pet is sick or injured.

Caring For The Geriatric Pet

Jun 29, 2017 admin Comments Off on Caring For The Geriatric Pet 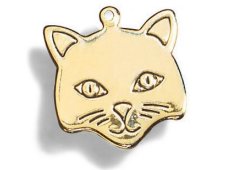 Pet Identification: The Best Care for Your Cat

Jun 29, 2017 admin Comments Off on Pet Identification: The Best Care for Your Cat