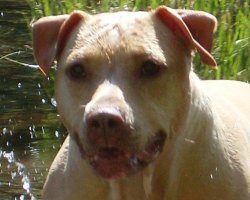 The United Kingdom is considering forcing all pet owners to have third party insurance against dog bites.

In 1991 the UK introduced the Dangerous Dogs Act, which banned certain breeds of dogs such as the Pit Bull Terrier and Japanese Tosa, and made it easier for police to prosecute people who organized dog fights. Now, in response to the worrying trend of young people involved in gangs using dogs to frighten or attack people, the government wants to strengthen those laws and make it more difficult for people to keep any kind of dog that could be used to intimidate members of the public.

On Tuesday Environment Secretary Hilary Benn and Home Secretary Alan Johnson unveiled a consultation that will review and streamline current legislation to help enforcers tackle people who break existing laws and to help prevent dogs being abused by people. Ideas being explored include making current laws applicable on private property, making microchipping of all dogs compulsory so that their owners can be more easily traced, and making third party insurance compulsory so that victims of dog attacks are financially recompensed. It is hoped that, if enforced properly, these measures could prevent young people from buying "status dogs" because of the additional costs involved.

"There is a lot of public concern about dog attacks, including the recent tragic deaths of young children, and about the rise in the number of so-called ?status dogs? used to intimidate or threaten people. The Government wants to hear what people think about the law as it stands and what more we might do to protect people from dangerous dogs, while supporting the vast majority of responsible dog owners," said Hilary Benn at the a launch of the consultation.

Between 2004 and 2008, the Royal Society for the Prevention of Cruelty to Animals (RSPCA) recorded a 12-fold increase in complaints about dog fights and 900 dogs which are illegal under the Dangerous Dogs Act were seized in London alone in 2009. Under current legislation, some breeds of dog are banned and it is illegal to breed or keep one of these breeds unless a court places it on the Exempted Dog Index which requires the animal to be neutered, tattooed, micro chipped, muzzled and on a lead in public. Extending the current Dangerous Dogs legislation to cover private property where a dog is permitted to be will also help protect people such as postal workers, telecoms engineers, and others whose work often takes them onto private land.

Jun 29, 2017 admin Comments Off on Cat-Proofing Your Home

What You Need to Know About Spay/Neuter

Jun 29, 2017 admin Comments Off on What You Need to Know About Spay/Neuter