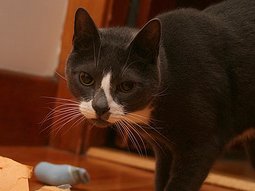 Socks’ owner Jason Scott, a 38-year-old computer historian and computer administrator from Massachusetts, gave Socks a home after he was found meowing in the streets. Scott says his cat now "luxury, tuna and cat toys while occasionally destroying things precious to everyone else but himself". Socks shares his home with a ginger and white cat called Penny.

Explaining Socks’ involvement with the micro-blogging phenomenon called Twitter, Scott said on his website, "Socks likes short runs in the hallway, inventing new cat beds, and going absolutely all-points-bulletin insane at the slightest provocation or based on internal signals that may or may not be coming from Mars. He also has the attention span of a weathervane. With the advent of the short-attention-span poster site Twitter.com, Socks has finally found the home for his skittering, random thoughts."

Scott has been shocked by the media attention he and his cats have received since his Twitter follower count reached 500,000. "I am floored beyond belief. Once the magic 500,000 follower mark occurred, it was like every reporter, radio host, and television station came through here, called on the phone, or e-mailed. At least the next time someone offers him lifetime cat food or offers to fly him to a pet spa, I can convince them I’m part of his entourage and deserve the goodies too," he continued.

Socks’ Twitter entries (or "Tweets") are typically short updates about his daily activities, and typically very funny. For example, late on the 27th May Socks wrote "taking the cat subway behind the couch WOO HOO FREE TRANSFER FROM THE C LINE TO THE E LINE making all stops to the end table". 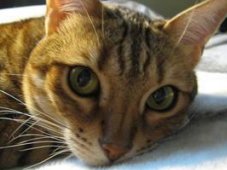