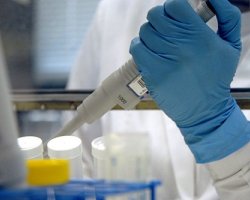 Six weeks after the first reported cases of pandemic swine flu in cats, the total number of deaths attributed to the virus has reached three.

Following last week’s announcement that a second cat in Oregon had died after being infected with swine flu, the American Veterinary Medical Association (AVMA) has revealed that a third cat, from Pennsylvania, died early in November, probably before the first reported death. The affected cat was a 12 year old domestic shorthair which developed respiratory illness on November 3rd.

As in both other cases of cats dying after contracting the virus, the cat came from a household in which humans were already ill with flu-like symptoms. The cat displayed lethargy, loss of appetite and difficulty breathing when it was presented to vets, and x-rays revealed the presence of pneumonia. Despite being treated with antibiotics, the cat succumbed to worsening pneumonia and died on November 6th. Interestingly, nasal swabs returned negative for H1N1 but necropsy samples returned positive. This may suggest that veterinarians testing for the presence of swine flu in cats with flu-like symptoms using nasal swabs only may not be making accurate assessments. The positive result in this case was confirmed by the National Veterinary Services Laboratories (NVSL).

So far positive H1N1 infections in cats have been reported in the states of Oregon, Iowa, Pennsylvania, Colorado and Utah. The Oregon State Public Health Veterinarian, Dr. Emilio DeBess, has urged cat owners not to panic, citing the fact that the number of confirmed cases, let alone deaths, represents a very small proportion of the total cat population. However, he added that cat owners should watch for signs of respiratory illness and seek veterinary care should signs be apparent.

At this time, ferrets and cats are the only domestic animals that have tested positive for pandemic H1N1 swine flu. Pet birds are susceptible to Influenza A viruses and vets recommend that birds should be tested if both you and your bird develop flu-like symptoms. Currently it is not thought that dogs are able to be infected with swine flu.

To Breed or Not to Breed