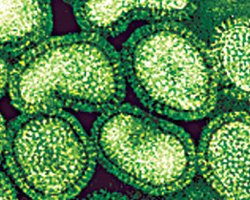 An Iowa cat is confirmed as having contracted H1N1 influenza virus (swine flu), in the first case of a domestic cat or dog being diagnosed with the virus.

Iowa state officials confirmed on Wednesday morning that the first case of swine flu infecting a cat had been discovered. It is believed that the 13-year-old indoor cat caught the virus from someone living in the same household who had also been infected. The cat was treated at the Lloyd Veterinary Medical Center at Iowa State University’s College of Veterinary Medicine, and is now expected to make a full recovery.

"Two of the three members of the family that owns the pet had suffered from influenza-like illness before the cat became ill," said IDPH Public Health Veterinarian, Dr. Ann Garvey. "This is not completely unexpected, as other strains of influenza have been found in cats in the past."

Before Wednesday’s news, only humans, pigs, birds and ferrets had been diagnosed with swine flu. Two weeks ago we reported that a ferret in Oregon had been diagnosed with swine flu after catching it from a person in the same household. Because the swine flu virus contains genetic elements of human, pig and avian flu viruses, it had seemed very unlikely that this strain would have the ability to infect hosts which are not humans, pigs or birds. Now that a ferret and a cat have been been confirmed as being infected, it would seem just as likely that dogs may become susceptible. The implications of this finding are that domestic animals which are susceptible to influenza A viruses could not only catch Swine Flu from their owners but could also transmit the virus to them. Veterinarians are also concerned that cats and dogs have lower inherent immunity to flu viruses than other species that are frequently infected by influenza viruses.

"Indoor pets that live in close proximity to someone who has been sick are at risk and it is wise to monitor their health to ensure they aren’t showing signs of illness," said Dr. David Schmitt, State Veterinarian for Iowa. 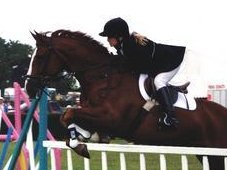