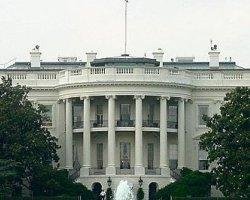 Lawmakers have approved a food-safety overhaul bill which will have implications of the quality of pet food.

The bill promises to overhaul America’s food-safety laws for the first time since the Great Depression, and was the result of Senate Democrats being able to strike a deal with Republicans to overcome a technical mistake made three weeks earlier. The new food safety bill, which passed 73 to 25 votes in the Senate, will empower the Food and Drug Administration to place new responsibilities on farmers and food companies in order to prevent contamination as well as set safety standards for imported foods. The revised bill was passed by the House 215 to 144 on Tuesday and will now be passed to President Obama to sign into law. The new bill would emphasize prevention so the agency could try to stop outbreaks before they begin.

In recent years, countless recalls in the pet industry have shaken consumer confidence. In spring of 2007, millions of packets of pet food were destroyed and more than 12,000 pets were reported to have suffered illness after contamination with the plastic compound melamine. And salmonella contamination has affected companies such as Mars Petcare US, Iams and Pro-Pet, leading to recalls of foods and supplements.

The current system relies on government inspectors to catch contamination; however, this new legislation would require farmers and manufacturers to not only implement strategies to prevent contamination, but also test them continuously to be sure they are effective. Additionally, the measure would give the Food and Drug Administration (FDA) the authority to recall food, which is currently left up to companies on a voluntary basis. Importers would also be required to verify that products grown and processed overseas comply with US safety standards.

While the bill would not apply to meat, poultry or processed eggs, which are regulated by the Agriculture Department, these foods have long been subject to much more rigorous inspections and oversight than FDA-regulated foods. The bill was originally apposed by many on the grounds that smaller businesses would suffer from increased bureaucracy and fees, but Senators eventually agreed to exempt some of those operations from costly food safety plans required of bigger companies. However, question marks exist over the funding of the legislation, which is expected to cost $1.4 billion over the next four years.