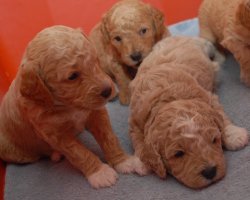 An influential commission in San Francisco is likely to recommend that the city bans the sale of pets from pet stores.

The San Francisco Commission of Animal Control and Welfare will vote at it’s next meeting on whether to recommend that the city enacts an ordinance that would prohibit the sale of pets by pet stores. While the proposal originally targeted only dogs and cats, other species are likely to be included too, such as hamsters, rats, mice, guinea pigs, chinchillas, other small animals, reptiles, and birds, among others.

The Commission stated that the proposed ordinance "is intended to stop the sale of dogs and cats from puppy mills, as well as decrease euthanasia rates of other small animals in city shelters". After significant discussion of the proposal at its last meeting, the Commission declined to act on the proposal but indicated it would be placed on the agenda again for its July 8th, 2010 meeting. While the Commission is only an advisory body, the San Francisco Board of Supervisors value their proposals.

The Pet Industry Joint Advisory Council (PIJAC) has strongly opposed the proposal, saying that "the potential impact of this proposal goes far beyond the borders of San Francisco as extremists will seek to use such a precedent as a basis to adopt similar restrictions in other jurisdictions". They added that they support the right to keep pets, and the right of pet owners "to have options as to where they obtain their companion animals based on the pet owner’s individual circumstances, needs and preferences". The details of the proposal is likely to be defined at their July 8th meting, and PIJAC recommends that pet owners wishing to oppose the proposal attend the meeting to voice their objections.

Assessing the Risk a Breed Poses

Jun 29, 2017 admin Comments Off on Assessing the Risk a Breed Poses