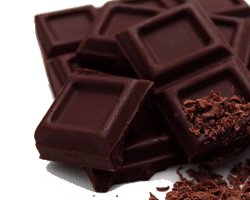 This week (March 14th to March 20th) is Pet Poison Prevention Week, and a good time to remind pet owners of common household items that are potentially dangerous to pets.

In 2009, the ASPCA (The American Society for the Prevention of Cruelty to Animals®) managed almost 200,000 calls at it’s Animal Poison Control Center in Illinois, and the Pet Poison Helpline fields almost 100,000 calls per year at it’s Minnesota center. Almost 25% of the calls received by the ASPCA were related to pets ingesting prescription and over-the-counter drugs, including painkillers, cold medications, antidepressants and dietary supplements. In most cases, pets had snatched pills form counters and nightstands, or eaten pills that had been dropped on the floor. The Pet Poison Helpline says everyday household pharmaceuticals such as Advil®, Aleve® and Motrin®, Tylenol®, Effexor®, Cymbalta® and Prozac® can cuase serious harm to your pet.

The 2nd most common type of call the ASPCA received related to insecticides. "One of the most common incidents is the misuse of flea and tick products. Some species of animals can be particularly sensitive to certain types of insecticides, so it is vital that you never use any product not specifically formulated for your pet. It is also a good idea to consult with your pet’s veterinarian before beginning any flea and tick control program," said Dr. Steven Hansen, Senior Vice President of the ASPCA’s Animal Health Services.

The third most common type of call received by the Animal Poison Control Center was related to pets eating food that is safe for humans to eat, but not for certain types of pet. The worst offender was chocolate, which can have varying degrees of toxicity. "While the occasional chocolate chip within one cookie may not be an issue, certain types of chocolate can be very toxic. Baker’s chocolate and dark chocolate pose the biggest problem," said a spokesperson for the Pet Poison Helpline.

Other calls related to pets becoming ill after eating common household plants. The Pet Poison Helpline says that certain types of lilies, such as tiger, day, Asiatic, Easter and Japanese lilies, are highly toxic to cats. Severe kidney failure can result from ingestion of even a few petals, leaves, or even the pollen. In addition, ingestion of certain spring bulbs (i.e. daffodils, tulips, etc) can cause severe vomiting, diarrhea and abdominal pain.