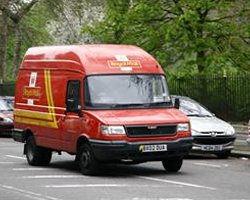 The national postal service in the United Kingdom has stopped delivering to a house in the Leeds area after the home's resident cat attacked several postal workers.

19 year-old Tiger has attacked and chased postal workers over the course of several weeks, and his owner, Tracy Brayshaw, must now collect post from the local Royal Mail sorting office. In the United Kingdom, postal workers put letters directly through a "letterbox" in the front door of properties, often having to walk through the garden to reach it.

"We’re talking about a 19-year-old geriatric cat here who likes lazing out in the sun. There have been three incidents where Tiger’s jumped through the cat flap and is said to have scratched a postie, so they’ve decided to suspend our post. He’s never done anything like this before," Brayshaw told the BBC.

Mrs Brayshaw’s daughter, Amy, added: "Tiger sleeps, he drools when he sleeps and he likes climbing trees, but in the space of three weeks we’ve had our post banned because he has attacked the postman. Apparently he attacked one postman on the leg and on the arm and chased him down the garden path. He is very territorial but he’s just an average cat really. He wakes up in the middle of the night meowing because he just wants some attention. He’s not a monster."

Royal Mail is currently trying to negotiate with the Brayshaw family in order to find a way to resume deliveries without their employees suffering "further nasty injuries". 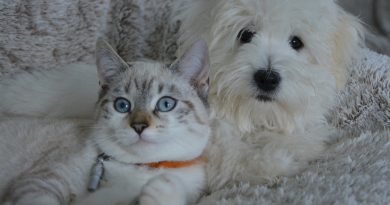 Everything You Need to Know About Microchipping

Aug 23, 2019 KristaLB Comments Off on Everything You Need to Know About Microchipping