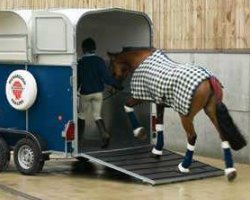 Movement restrictions have been imposed on horses from Texas by Canada and multiple U.S. states after the recent equine piroplasmosis outbreak.

Equine piroplasmosis, a tick-transmitted blood disease of equine animals, such as horses, donkeys, mules and zebras, was detected in South Texas in mid-October. Equine piroplasmosis may be carried and transmitted by as many as 15 species of ticks. Although ticks have been collected from the South Texas ranch for testing, final results are not complete, and it is not known if any of the ticks can serve as a host for the disease.

"Before moving horses from Texas, we urge you and your veterinarian to check with animal health officials for any state of destination, to ensure the animals have met all entry requirements," said Dr. Bob Hillman, Texas state veterinarian and head of the Texas Animal Health Commission (TAHC), the state’s livestock and poultry health regulatory agency. "Regulatory requirements can be fluid as disease situations evolve, so it is essential to call each state each time you haul." Dr. Hillman urged equine owners and veterinarians to call state animal health officials directly before hauling, as many states have not yet distributed entry requirement information.

"We are continuing the equine piroplasmosis disease investigation initiated in October in South Texas. No horse movement is being allowed from or to the ranch where the infection was detected," said Dr. Hillman. "While this tick-borne disease has not been considered endemic in the U.S., cases of the disease, scientifically known as Theileria equi, and previously called Babesia equi, have been detected in the U.S. Our epidemiologists are tracing the movement of specific equine animals. Blood tests will be conducted, and the animals will be examined for ticks. Individual equine owners will be contacted, if their horse needs to be tested by animal health officials."

Dr. Hillman refrained from speculating on how many equine animals will be tested or how many may be exposed or infected. "Until the epidemiological work and testing of potentially exposed horses is completed, there is no way to predict how many horses may be affected with this tick-borne illness," he said. Dr. Hillman said horses infected with equine piroplasmosis may appear well, while others may exhibit a host of non-specific clinical signs, such as fever or anemia. These clinical signs also could be attributed to a variety of other diseases or causes.

Traveling By Air With Dogs

Jun 29, 2017 admin Comments Off on Traveling By Air With Dogs 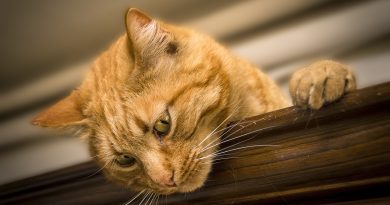