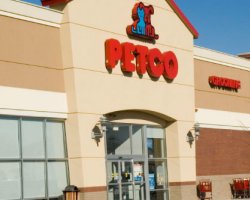 The Los Angeles District Attorney has announced that PETCO has reached a $1.75 million civil settlement in a recent consumer action case.

The lawsuit against PETCO Animal Supplies, Inc. alleged that the company overcharged consumers and improperly cared for animals. The District Attorneys of five California counties filed the civil complaint in San Diego Superior Court. Deputy District Attorney Leslie Hanke of the Consumer Protection Division said the pet supply retailer agreed to the settlement without admitting liability. Under the terms of the stipulated judgment, PETCO agreed to pay civil penalties and legal costs incurred by prosecutors and investigators. This is not the first time that PETCO has reached a settlement with the same prosecution offices – in 2004 the company paid more than $850,000 to settle a similar case.

PETCO also agreed to initiate and maintain pricing procedures and policies to ensure that consumers are not overcharged for their purchases. The investigation into pricing accuracy revealed that PETCO failed to remove some expired price tags from store shelves, resulting in actual or potential customer overcharges. The company also failed to adequately instruct its employees on weighing and charging for bulk sale items such as dog biscuits and other pet treats.

The company additionally agreed to institute methods for the proper care and maintenance of animals. The retailer will also be subject to annual, third-party audits to ensure compliance. Inspections of PETCO stores in Marin County by the county’s humane society revealed that animal habitats were not adequately cleaned and maintained as required by California’s Pet Store Animal Care Act. Animal welfare inspectors also found that in some instances, sick animals were not identified and removed from sales floor habitats.

A box,Nothing more then a joke that I did…Don’t buy this there is nothing inside

Teaching a Horse to Lead