On Tuesday morning, the Shelby County Sheriff?s Office executed a search warrant at the City of Memphis Animal Shelter, resulting in 200 cats and dogs being in the care of rescue services.

After a tip-off from a member of the public regarding conditions at the shelter, the Shelby County District Attorney Bill Gibbons requested that the Sheriff’s office investigate the facility, located at 3456 Tchulahoma Road. The search warrant cited that some animals were being deprived of food and water while at the Memphis Animal Shelter, with some dogs being starved to the point of requiring euthanasia. The warrant also indicated that dogs that were to be quarantined for rabies were being kept alongside dogs not requiring quarantine. Reports were also made of unsanitary conditions, overcrowding, and vicious and sick animals being housed along with other pets.

"Animals bring comfort and compassion to countless families," said Shelby County Sheriff Mark Luttrell. "Animals often depend on others for their safety and protection. Once we were contacted by the Shelby County District Attorney’s Office, our detectives immediately investigated the allegations of possible abuse."

The animals are now in the care of American Humane’s Red Star Animal Emergency Services team, and the ASPCA (American Society for the Prevention of Cruelty to Animals) was called in to assist with forensics evidence collection, as well as the rescue and veterinary care of animals at the shelter.

"Animal cruelty and neglect must not be tolerated, and we are proud to lend our support to Shelby County law enforcement," said ASPCA President & CEO, Ed Sayres. "Work like this is central to our mission, and the ASPCA is encouraged that Shelby County is raising its voice against animal cruelty."

The City of Memphis Animal Shelter was established in the 1950’s, primarily as a municipal animal care and control department for the City of Memphis. According to the shelter, their mantra is "To protect people from the dangers and nuisances of uncontrolled animals and keep animals safe from mistreatment and abuse. Promoting, motivating and enforcing responsible pet ownership is our number one goal".

Jun 29, 2017 admin Comments Off on Disabled Cats: Caring for a Twisty Cat 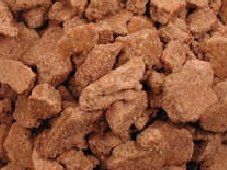 Selecting the Best Kibble for Your Dog

Jun 29, 2017 admin Comments Off on Selecting the Best Kibble for Your Dog