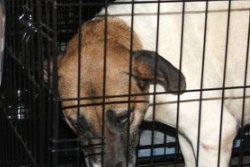 Over 100 dogs and other animals have been rescued from an alleged puppy mill in Johnson County, Arkansas.

Over the last few months the Johnson County Sheriff’s Department has been receiving complaints from concerned citizens who had bought puppies from a facility in Lamar, Johnson County. Complaints were lodged regarding sick puppies and seemingly inhumane conditions at the property. The Sheriff’s Department asked for help from the Needy Paws Animal Shelter to obtain evidence necessary to build the case, and once it was apparent the charges could be brought, the Humane Society of the United States (HSUS) was called on to assist in the seizure of animals from the property.

When the HSUS arrived on scene on Tuesday, over 100 dogs, 5 cats and 2 guinea-pigs were rescued from "horrific conditions". The dogs, mostly Shih Tzus and Chihuahuas, were being housed in filthy cages in trailers across the property. Some larger dogs were simply chained with no protection from the weather. Many of the dogs were so thin they were described as "emaciated", and many of them were suffering from skin and eye infections.

"These dogs were being kept not as beloved pets, but as cash crops – churning out litter after litter of puppies for the profit of the property owner," said Scotlund Haisley, senior director of Emergency Services for The HSUS. "The animals on this property were in dire need of help – one dog was so matted that we had to cut him out of his cage."

After arrival at a nearby emergency shelter, the animals were checked by a team of veterinarians and will now be cared for by the HSUS and the United Animal Nations (UAN). Fourteen volunteers with UAN’s Emergency Animal Rescue Service (EARS) have traveled from Louisiana, Missouri, Oklahoma, Texas and other parts of Arkansas to care for the rescued animals. PetSmart Charities also dispatched its Emergency Relief Waggin’® vehicle to the scene in advance of the raid. The vehicle is stocked with $60,000 worth of crucial supplies, including dog food, wire crates, plastic carriers, bowls and leashes.

"The UAN volunteers have been working non-stop to help the dogs acclimate to their new surroundings and give them clean kennels, food, water and attention like they never experienced before," said UAN Emergency Services Manager Janell Matthies. "They are quickly improving with the extraordinary care they are receiving." 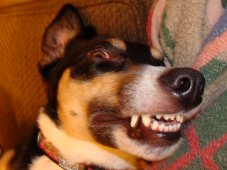