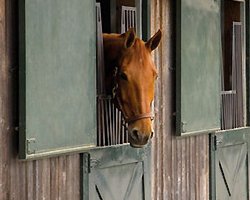 A new study has linked the presence of ammonia in stables with respiratory problems in horses.

There has long been an expected link between ammonia, produced by the decomposition of a horse’s urine and faeces, and respiratory problems in horses, but there has not previously been evidence of this link, or evidence of which stable substrates potentially cause more harm than others. A new study by the University of Glasgow, Scotland, sponsored by The Horse Trust, has found that stabling results in increased levels of environmental ammonia and respiratory inflammation. The study also found that no particular type of bedding or forage material was better than others at reducing respiratory inflammation.

In the study, eight yearling Welsh Mountain ponies were serially alternatively housed then grazed for periods of three weeks. Three times each week, a variety of substances were monitored, including dust, endotoxin and ammonia within the environment, and the level of various gases and pH of the horse’s exhaled breath. The forage and bedding within the stables were varied between hay/straw, hay/wood shavings, haylage/wood shavings, and haylage/rubber matting to test whether this had any impact on the pony or the stable environment.

The researchers found that the stabling of horses resulted in increased exposure to environmental ammonia and that this was associated with an increase in the pH of the horse’s exhaled breath. Under the study conditions, no significant differences were found in ammonia levels under the different grazing and stabling conditions. In previous research at the University of Goettingen, Germany, researchers found that the amount of gas generated by different bedding materials varied significantly during mucking-out. 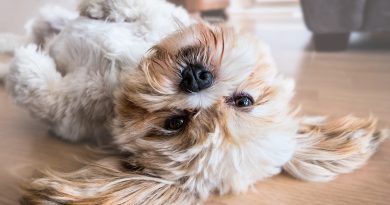 Jan 21, 2020 KristaLB Comments Off on 4 Ways to Exercise Your Dog’s Brain When It’s Too Cold to Go Outside 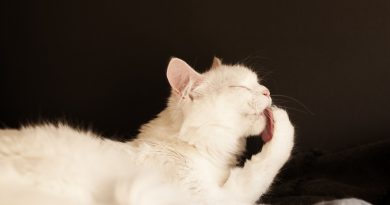