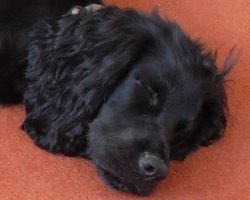 A new drug for the treatment of ear infections in dogs has been approved by the Food and Drug Administration (FDA) and is now available for use from veterinarians.

Posatex Otic Suspension, made by Intervet, Inc. of New Jersey, was approved on April 1st to be used for the treatment of otitis externa in dogs associated with susceptible strains of yeast (Malassezia pachydermatis) and bacteria (coagulase-positive staphylococci, Pseudomonas aeruginosa, and Enterococcus faecalis). The drug suspension contains orbifloxacin, mometasone furoate monohydrate, and posaconazole.

Otitis externa is an inflammation of the outer ear and ear canal and is often characterized by the ear emitting a strong odor or discharge. Affected dogs might also scratch or rub their ears more than normal, become easily irritated, or frequently shake their head. It is estimated that up to 20% of dogs may be affected by this disorder at some time in their lives. Otitis externa can also be caused by foreign bodies, hormone imbalances and allergies.

Posatex Otic Suspension is only indicated for use where the cause is yeast or bacteria, which previously required treatment with antibiotics or antifungals. The drug’s approval includes the condition that dogs weighing less than 30 lbs. be given 4 drops once daily in the ear canal, and heaver dogs be given 8 drops daily, for 7 consecutive days.

Are Dogs More Faithful Than Cats?

Jun 29, 2017 admin Comments Off on Are Dogs More Faithful Than Cats?