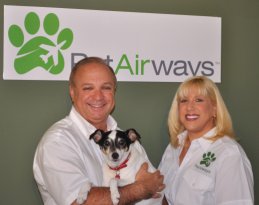 Two Florida pet owners have started their own pet-only airline after experiencing difficulty traveling with their own pets via major carriers.

According to the American Animal Hospital Association, approximately 76 million cats and dogs travel with their owners each year, but relatively few travel by air. Many airlines allow small pets to travel with their owners, stowed under the seat, but most airlines will only accept one or two pets per flight. Pets that are too big to fit under the seat are relegated to cargo. Recently, several airlines have announced they will no longer accept pets on board their aircraft at all. In addition, airlines that do accept pets as cargo will not accept them when outside temperatures are below 45 degrees or above 85 degrees, or in other words, during the most popular winter holiday or summer vacation months.

A study by the San Francisco SPCA, found that of the two million animals transported in the cargo holds of commercial airliners per year, approximately 5,000 are injured in transit. And according to the Animal, Plant and Health Inspection Service (APHIS), "virtually every major airline has been cited and fined for repeatedly mishandling animals".

According to Dan Wiesel, President/CEO of Pet Airways, "Currently, most pets traveling by air are transported in the cargo hold and are handled as baggage. The experience is frightening to the pets, and can cause severe emotional and physical harm, even death. This is not what most pet owners want to subject their pets to, but they have had no other choice, until now. From the moment a pet is dropped off at a Pet Lounge, the pet is always under the care of trained Pet Attendants. Monitored by Pet Attendants, pets will fly in planes that are fully-lit, climate-controlled and have the proper level of fresh air circulation that pets require." 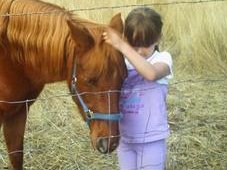 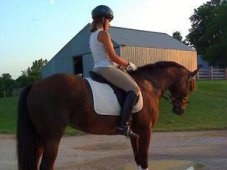