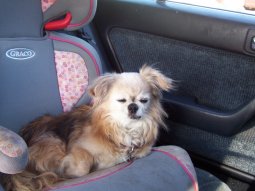 A new campaign from United Animal Nations called "My Dog is Cool" aims to prevent dogs and other animals from dying in hot cars during the summer months.

United Animal Nations, a national non-profit animal protection group, warns that every year dogs die after being locked inside cars while their owners leave them to shop or run errands, often for "just a few minutes." These tragedies occur with alarming frequency, yet the animals? deaths are completely preventable.

"People mean well by taking their dogs or other animals along with them while they work, visit, shop or run errands, but warm weather can turn a car into a death trap," said UAN President and CEO Nicole Forsyth.

A Stanford University test found that when it is 72 degrees outside, a car’s internal temperature can rocket to 116 degrees within an hour, even with windows cracked. When it is 85 degrees outside, the temperature inside a car can soar to 102 degrees in 10 minutes and 120 degrees in 30 minutes. A dog can only withstand a high body temperature for a short time before suffering nerve damage, heart problems, liver damage, brain damage or even death.

To accompany the campaign, United Animal Nations have launched a website (link below) which they say is a friendly resource to help spread the word about the dangers of leaving dogs in hot cars. Resources include a "It’s hot!" flier that people can leave on a windshield if they see a dog unattended in a hot car and a weather forecast tool to allow owners to see if their local weather is too hot for dogs to travel in cars. 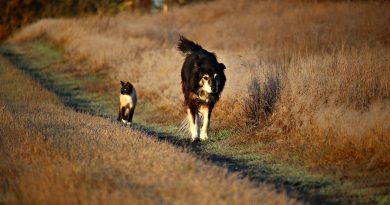 Skin Cancer in Dogs and Cats

Nov 8, 2019 KristaLB Comments Off on Skin Cancer in Dogs and Cats