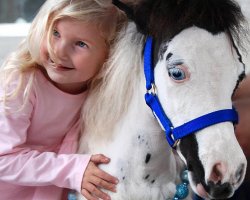 A Miniature Horse named Magic has been named the "Most Heroic Pet in America" in a vote organized by the AARP.

Magic, a therapy horse, has touched thousands of patients over the past few years. She is a special friend to an 8-year-old girl who had a heart transplant and now is winning her fight with leukemia. Magic was at a hospital bed as someone woke from a coma. She comforted a man who peacefully passed away with his hand resting on Magic’s head. From the Ronald McDonald House to programs for autistic children, Magic has worked her magic.

A heroic pet is one that "has significantly improved or saved a life. "The AARP’s Top 10 finalists for the Heroic Pet title included eight dogs and a cat; Magic was the only horse. She will be featured in the 2010 May/June edition of AARP’s The Magazine.

Gentle Carousel Miniature Therapy Horses are a team of 20 tiny horses that work with children and adults inside hospitals, assisted care programs, group homes and with patients in hospice care. They also work with adults and children with disabilities and at-risk and abused children. From cheering up young cancer patients to building bridges with Alzheimer patients, this team of special horses visited more than 4,000 adults and children in 2009. The therapy horses are able to walk up and down stairs, ride in elevators, walk on unusual floor surfaces, and move around hospital equipment. They remain calm in unusual and challenging situations.

In September 2009, a newspaper photographer documented a unique interaction between Magic and a patient who had not spoken since she arrived at an assisted care facility three years earlier. The woman spoke to Magic; "Isn’t she beautiful" were her first words, followed by, "It’s a horse." Before Magic left the woman asked, "Will she come back again?" She has continued to talk since that visit with Magic. 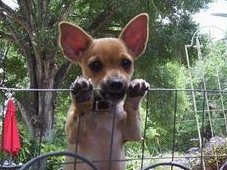 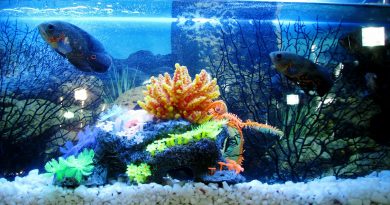 Nov 21, 2018 KristaLB Comments Off on Choosing the Best Pet for Apartment Living