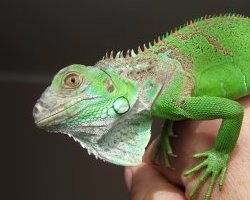 The Louisiana State Legislature is considering a bill to regulate the sale of iguanas and a bill to allow an amnesty of illegally-kept exotic animals.

S.B. 368 is designed to make buyers of iguanas more aware of the commitment required to keep these pets. Wholesale or retail sellers of iguanas will be required to provide certain information to prospective buyers in writing, and will be required to keep a record of written acknowledgement by each customer that they received such information. The buyer must be informed of the primary care needs of iguanas, must be warned that iguanas can harbor salmonella, and must be told that iguanas can grow substantially in size and can, as a result, become more difficult to care for. S.B. 368 was introduced to the Senate at the end of March.

H.B. 1255 is currently undergoing floor debate, and proposes an amnesty of illegal animals. An owner of  "any live animal possessed illegally or which may be possessed only by permit or license from the Department of Wildlife and Fisheries" could be voluntarily surrendered to the department "without penalty". The bill cites that any such surrender must be prior to an independent investigation or contact by any public employee operating in their official capacity. The law further authorizes the Louisiana Department of Agriculture and Forestry to dispose of the animal "in any manner it finds appropriate".

Louisiana’s new proposals come on the back of a raft of new laws and bills across the nation that aim to increase control of non-native animal species. This month, Rhode Island’s radical new laws that require a permit for a wide range of non-native pets came into effect. And the U.S. Fish and Wildlife Service has published a proposed rule in the Federal Register to designate the Burmese python and eight other large constrictor snakes as "injurious wildlife" under the Lacey Act. Under the Lacey Act, the Department of the Interior is authorized to regulate the importation and interstate transport of wildlife species determined to be injurious to humans, the interests of agriculture, horticulture or forestry, and the welfare and survival of wildlife resources of the United States. 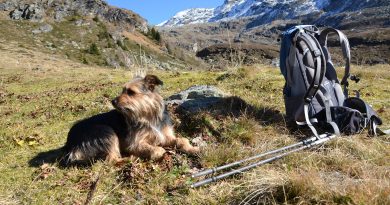 Four Reasons to Head Outside with Your Favorite Pooch

Feb 26, 2019 KristaLB Comments Off on Four Reasons to Head Outside with Your Favorite Pooch