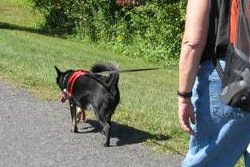 A new measure introduced to the House on July 31st could mean that pet care expenses would be tax deductible.

U.S. Representative Thaddeus McCotter has introduced act H.R. 3501, also known as the Humanity and Pets Partnered Through the Years (HAPPY) Act, which would make changes to the internal revenue code and allow pet owners to deduct up to $3500 from their taxable income for pet care expenses. Such pet care expenses would include most expenses connected to owning a pet, but would not include costs associated with buying the pet. Pets that would qualify are described as "a legally owned, domesticated, live animal".

A pet owner would not cover amounts which were deducted under IRC sections 162 (ordinary and necessary expenses) and 213 (diagnostic and similar procedures, medical devices and other medical expenses not covered by insurance) during the preceding three taxable years. It is not clear if expenses associated with maintenance of service animals would be deductible.

The Act has been drafted using data from the American Pet Products Association’s National Pet Owners Survey and has been referred to the House Committee on Ways and Means, and is being supported by the Pet Industry Joint Advisory Council (PIJAC).

"Providing pet owners the opportunity to deduct pet care expenses is an important step towards ensuring that pet owners provide adequate veterinary and other necessary pet care. It encourages responsible pet ownership and will hopefully reduce the abandonment of pets by people struggling as a result of the economic downturn," a spokesperson for PIJAC said in a statement. 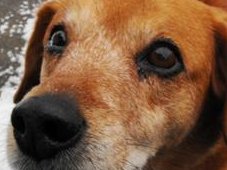 Automatic Dog Eyedrops in the Works

Jun 29, 2017 admin Comments Off on Automatic Dog Eyedrops in the Works