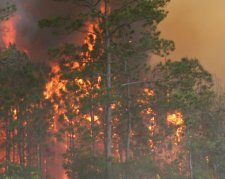 Close to 1000 horses, dogs, cats, and other pets were rescued by animal charities or surrendered by fleeing pet owners during British Columbia's wildfires.

While the Terrace Mountain fire continues to expand, the West Kelowna fire has been brought under control, allowing animal charities to take stock of the animals they’re providing emergency care for. In Glenrosa and Rose Valley, hundreds of animals have been rescued by or surrendered to animal rescue organizations.

The Canadian Disaster Animal Response Team (CDART) assisted over 300 animals during the disaster, and as of last night most were being reunited with their returning owners, and volunteers were able to go home for some much needed rest. The British Columbia Society for the Prevention of Cruelty to Animals (B.C. SPCA) were last night housing 536 animals in emergency accommodation, with shelter staff and special constables working around the clock to rescue animals from behind the evacuation lines.

Dr. Jim Inglis, Manager of the B.C. SPCA Kelowna Branch, said, "Despite the long hours and fatigue, our Kelowna staff and volunteers say it is very gratifying to witness the look on people’s faces when they discover that their beloved pet has been rescued and is alive and safe with the SPCA. We are extremely grateful to our amazing network of volunteer foster families in Kelowna who have opened their homes to animals, to the Kelowna Riding Club and other facilities who have provided temporary housing for horses and livestock, to Canadian Tire, for their generous donation of supplies and to everyone who has supported our rescue work through their donations." 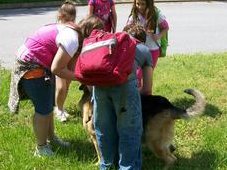