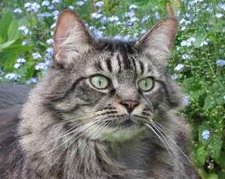 The US Food and Drug Administration (FDA) has approved Felimazole - the first drug for the treatment of feline hyperthyroidism in the United States.

Feline hyperthyroidism is the most commonly diagnosed endocrine disorder in cats, and is caused by an increase in production of thyroid hormones from the thyroid glands. Thyroid hormones play an important role in controlling the body’s metabolic rate. Hyperthyroid cats generally have weight loss, despite increased appetite and food intake. The disease can also cause increased thirst, hyperactivity, rapid heart rate and irritability. Left untreated, the disease can result in heart failure or high blood pressure.

The new drug, manufactured by Dechra Ltd in the United Kingdom, has been available throughout Europe for the last year. Methimazole, the drug’s active ingredient, is an antithyroid drug and works by blocking the creation of thyroid hormones.

"Hyperthyroidism is one of the most common diseases seen in middle-aged and senior cats," said Bernadette Dunham, D.V.M., Ph.D., director of FDA’s Center for Veterinary Medicine. "Cats can become seriously ill with this condition. The approval of Felimazole offers cat owners, in consultation with their veterinarians, an effective medical treatment for this serious disease."

The effectiveness and safety of Felimazole were evaluated in field studies conducted in the United Kingdom and the United States. Success was measured by a decrease in the production of thyroid hormones and improvement in clinical signs. A total of 166 hyperthyroid cats were treated with Felimazole, and by day 42, 61% and 77% of cats were considered treatment successes in the UK and US respectively. The most common side effects associated with Felimazole included a change in food consumption (increase or decrease), lethargy, vomiting, and diarrhea. Less common side effects include anemia and low platelet count in some cats.

massive driftwood for sculpting, coffee or bar table will Deliver withIn 8 Hr Dr 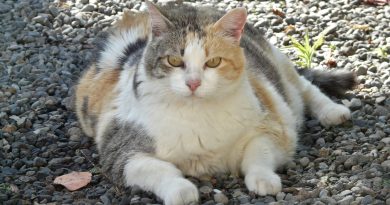 Oct 5, 2018 KristaLB Comments Off on 7 Tips to Help Your Cat Lose Weight