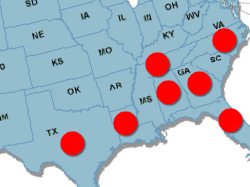 Following the outbreak of equine piroplasmosis on a Texas ranch in October, authorities report that infection is now widespread.

On October 19th, National Veterinary Services Laboratories (NVSL) confirmed equine piroplasmosis in 32 working Quarter Horses located on a ranch in Kleberg County, Texas. Since this event, the World Organization for Animal Health (OIE) has been coordinating follow-up investigations by the USDA Animal and Plant Inspection Service (APHIS) and has released interim finding by John Clifford, DVM, deputy administrator of APHIS.

The latest weekly report released by the OIE has revealed that as of 11th November, equine piroplasmosis has been confirmed in 317 horses across 11 different states. 288 horses are located on the ranch in Texas that reported the original outbreak, and 7 other infected horses are also located in Texas. However, despite measures to prevent the transport of horses from Texas, there are also confirmed infections in Alabama, California, Florida, Georgia, Louisiana, Minnesota, North Carolina, New Jersey, Tennessee and Wisconsin. It is not known if any or all of these cases are related to the initial outbreak in Texas.

Equine piroplasmosis is an infectious disease spread by ticks which transmit the protozoan parasites Theileria equi and Babesia caballi. Equine piroplasmosis affects all horse species including horses, donkeys and zebras and only a few countries are not considered endemically infected, including Canada, the United States, the United Kingdom and Ireland. The case fatality rate for piroplasmosis-infected horses can approach 50%, and the only treatment is a very stringent chemotherapy which can have serious side effects.

The United States has again been considered free of the disease since 1982, following an aggressive eradication program, but a case was reported in Florida in October 2008, leading to the quarantine of 20 premises and the euthanizing of 20 horses. And in June 2009, 5 more horses in Missouri were euthanized after testing positive for piroplasmosis, but 3 horses that tested positive and were removed from quarantine have been missing ever since.

Glucosamine and Your Arthritic Cat

Jun 29, 2017 admin Comments Off on Glucosamine and Your Arthritic Cat 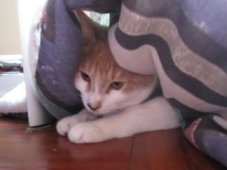