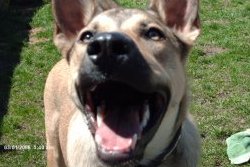 An elderly couple have been killed by "feral" dogs in a town in Georgia after they were attacked while taking a morning walk.

The bodies of former college professor Luther Karl Schweder, 77, and Sherry Schweder, 65 were discovered early on Saturday morning, with the dogs still present at the scene. Authorities say that the Mrs. Schweder was attacked by the dogs while she was out for a walk and her husband died trying to fight off the animals. 11 mixed-breed dogs were captured at the scene, and 5 more have been subsequently caught. All 16 dogs were euthanized on Tuesday at the Madison Oglethorpe Animal Shelter.

Residents of the area say that they were familiar with the dogs, and that they had never shown any signs of aggression before. It is thought that some dogs were left behind at an abandoned property in the area when the resident of the house, Howard Thaxton, moved away with health problems, and since then the dogs have multiplied and become more feral. However, it is claimed that Thaxton has been driven to the house every few days to leave food for the dogs.

There have been at least 20 fatal dog attacked in the United States so far in 2009, where are there are approximately 75 million pet dogs. The authorities are still considering whether Thaxton can be held culpable for the tragedy in any way.