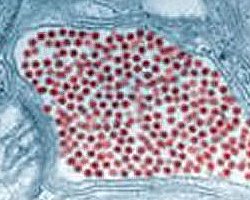 A spate of horse and human infections of Eastern Equine Encephalitis (EEE) in Michigan has prompted multiple agencies to urge horse owners to vaccinate against the often deadly disease.

As of 20th August, the Michigan Department of Community Health (MDCH) has confirmed two human cases of EEE infection, the first cases in Michigan since 2002. The MDCH and the Michigan Department of Agriculture (MDA) are continuing to receive reports of cases of EEE in horses in Southwest Michigan, including Barry, Calhoun, Cass, Kalamazoo, and St. Joseph counties, with 18 horses having tested positive and more than 50 additional reports of deaths in horses being received.

EEE is a viral disease that affects the central nervous system and is transmitted to horses by infected mosquitoes. Signs of the virus include fever, listlessness, stumbling, circling, coma and usually death. The disease is fatal in horses in 90% of cases. Humans and horses can only contract the disease from mosquitoes, and not from each other, but because illness in horses usually precedes illness in people by days to weeks, reports of equine illness serves as an early warning for the human population.

The southwestern region of Michigan has experienced outbreaks of this mosquito-borne disease in the past with the most recent outbreaks occurring in the early 1980’s and mid-1990’s. Equine encephalitis comes in three forms; Eastern, Western and Venezuelan. All three are combined with tetanus toxoid in one vaccine, commonly referred to as a VEW-T or 4-way vaccine.

Michigan State Veterinarian Steven Halstead warned that the majority of the affected horses in Michigan in 2010 were not vaccinated against EEE. Mosquito-borne illness will continue to be a risk in Michigan until late fall when nighttime temperatures fall below freezing, so Halstead is urging all horse owners in the region to vaccinate against this deadly virus.

Jun 29, 2017 admin Comments Off on Teach Your Dog to Like His Crate 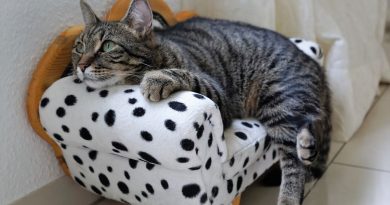 7 Tips for a Healthy, Happy Cat