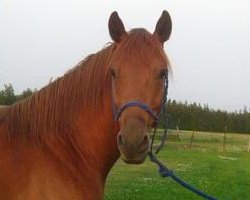 The incidence of Type 2 diabetes mellitus in horses is very low, but some veterinary researchers think this might be because it's clinical signs are overlooked and under-recognized.

A team from the Liphook Equine Hospital in England thinks there needs to be a greater awareness of the condition and therapeutic considerations of diabetes in elderly horses, and that there needs to be more investigation into the pharmacological management of horses with diabetes. They think that Type 2 diabetes should be more frequently considered as a diagnosis in elderly horses and ponies that are suffering from weight loss, increased thirst and other clinical signs of diabetes. Where such cases are encountered, the team thinks that clinicians should offer treatment and management advice.

In a paper titled "Type 2 diabetes mellitus with pancreatic 13 cell dysfunction in 3 horses confirmed with minimal model analysis", published in the December 2009 edition of Equine Veterinary Journal, Andy Durham and his team investigated 3 cases of diabetes mellitus using a specific test for insulin sensitivity and pancreatic beta cell function in order to accurately define and characterize the existence of Type 2 diabetes in the 3 subjects.

Despite the fact that all 3 horses had what is termed as "end-stage" Type 2 diabetes, in which there is marked insulin resistance and sever pancreatic beta cell dysfunction, all 3 horses were returned to normal blood sugar levels (normoglycaemia) following treatment. Treatment included dietary modification, metformin and glibenclamide (anti-diabetic drugs), and pergolide (a dopamine receptor agonist). The team noted that drugs used for diabetes in other species have not been adequately tested in horses. 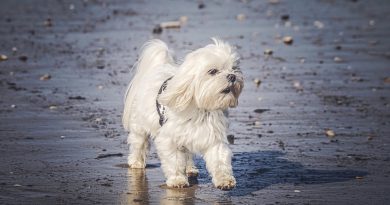 Rainy Day? You Can Still Enjoy Your Daily Dog Walk!

Jan 31, 2020 KristaLB Comments Off on Rainy Day? You Can Still Enjoy Your Daily Dog Walk!