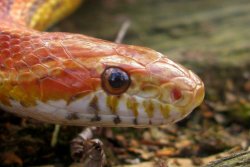 A rulemaking reintroduced in Delaware would require all citizens of Delaware to obtain a permit to possess, sell or exhibit many commonly kept pets.

The Delaware Department of Agriculture’s rulemaking would cover "exotic animals" within the state. The department states that the purpose of this rulemaking is to "govern the permitting process, sale and exhibition of exotic animals", and would classify any mammal or reptile not native to Delaware (as defined by the Department of Natural Resources and Environmental Control and the Division of Fish and Wildlife) as "exotic". However, under the proposal the state veterinarian has created a short list of animals which would be exempt from the "exotic" status, including iguanas, skinks, hamsters, gerbils, guinea-pigs, ferrets and tegus.

Under the proposed regulation, you would not be allowed to bring into the state, possess, sell or exhibit any non-native animal that is not included in the state veterinarian’s exemption list without an appropriate permit, which would cost $25 each. Where the animal is kept as a pet, the pet’s owner must apply for an individual permit for each animal owned, and permits would have to be renewed every 3 years.

If a business, including pet stores, wanted to sell an animal classed by the department as "exotic", each and every animal must be accurately described (e.g. name, age, gender, breed, markings/color, approximate weight, tattoo, microchip, etc.,). Each animal would require a new permit every 12 months, and permits can not be transferred from one animal to another. The regulation would also require the seller to check that the purchaser had a valid permit to own the animal. The seller would also be required to  provide the purchaser with written information regarding the animal’s enclosure and welfare requirements. The department would have the power to revoke a permit under various situations, including if the animal bites or injures a human or if the animal escapes.

Create an Action Plan for Finding Your Lost Cat

Jun 29, 2017 admin Comments Off on Create an Action Plan for Finding Your Lost Cat